The champions wrapped up the Barclay’s Premier League comprehensively with four games to spare, but does the nature of their victory signify a shift in power away from England? 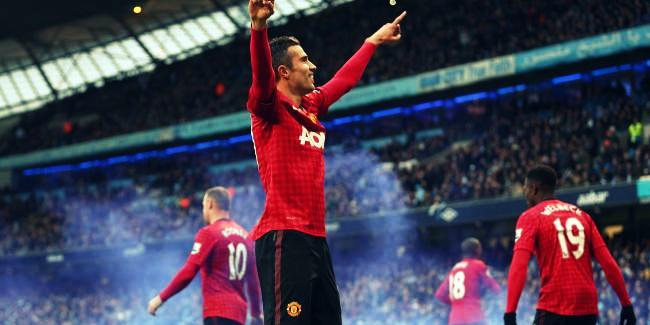 That the 2013 Barclay’s Premier League title would end up in Manchester was the most foregone of conclusions; the real question was whether the confetti would be sky-blue or blood-red. In the end it was the grit, determination, and steely resolve of the Red Devils that saw Manchester United capture their 20th championship, with class and daylight clearly separating them from the noisy neighbours.

Nobody could argue that United are not worthy champions. Since seizing top spot in mid-November, the Red Devils have displayed the metronomic consistency of a well-oiled machine, churning out victories and saving points even when circumstances made them seem unattainable. It is testament to their utter dominance that United have wrapped up the title with four games to spare – a feat last achieved by Arsene Wenger’s famed Invincibles of 2003-04.

It is precisely this dominance, however, that is unsettling. Though United’s season has been undeniably outstanding, it is just as undeniable that on paper the Red Devils won the title with their weakest team in recent memory. An ageing Rio Ferdinand sharing defensive duties with young Jonny Evans never really struck fear into the heart of attackers. The sublime Michael Carrick effectively held the midfield together by himself.

Though United’s attack has been admittedly sublime, it has also been fundamentally based around the talents of Robin van Persie – Wayne Rooney’s displays have done nothing to dispel the idea that the one-time shining bastion of British football is now in the second-tier of quality players, and young Danny Welbeck never lived up to his hype.

Of course, there have been positives – Rafael’s displays on the right of defence suggest Alex Ferguson has unearthed a diamond in the rough, Phil Jones is already proving his worth, Shinji Kagawa showed flashes of brilliance and van Persie has adapted to his new club with a seamlessness that would put ducks and water to shame – but it would take the most fervent United fan to claim that this is a “great” team by their standards.

How, then, have United paralleled a dominance last showcased by arguably the greatest team in Premier League history? Are Ferguson’s men simply individually underrated? Or is the English Premier League overrated? 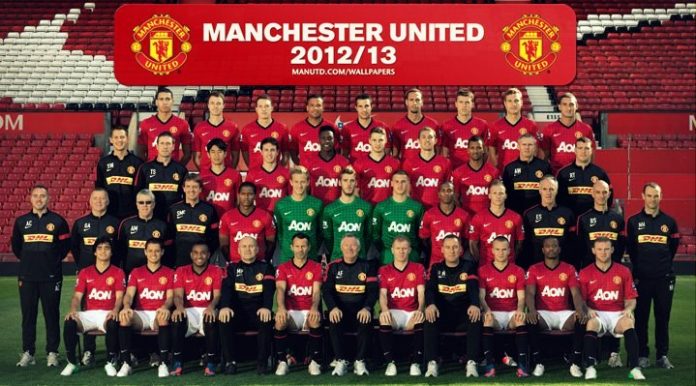 It is impossible to measure a league’s quality, but in quantifiable terms the Premier League doesn’t look too flash. Until this year, six of the past seven Champions League finals had involved English teams; in 2012-13, no Premier League club made it past the quarter-finals.

Out of the past six FIFA Ballons d’Or, the only English-based player to be voted in the top three players in Europe was Cristiano Ronaldo’s victory in 2008. Today almost all the strikers, midfielders, defenders and goalkeepers who could viably be considered the world’s best play their club football outside England, with perhaps van Persie, Nemanja Vidic, Sergio Aguero and Yaya Toure able to stake that claim.

Few spectators would claim United’s squad contains the quality in depth of Bayern Munich, Barcelona, Real Madrid, or even Juventus. It is a symptom of decline that the strongest team by far in England barely ranks in the top five worldwide?

Perhaps. One explanation for United’s dominance this season is that the Manchurians have been the constant in a season of wild turbulence. Manchester City’s implosion seems entirely self-inflicted: Roberto Mancini’s troubles with Mario Balotelli are indicative of his issues with man management – also demonstrated by his ill-advised reproaches of first-team players at key moments in the season – while Aguero’s injury troubles have hampered the Citizens’ attack considerably.

Arsenal were always going to struggle adapting to life without Robin van Persie, as three-quarters of their attack had never played together and the departure of Alex Song left a gaping hole in midfield – albeit one filled admirably by Mikel Arteta.

Chelsea’s season, despite a frenetic start, has been typical of the Blues post-Jose Mourinho: a permeating sense of discontent within player ranks and mutiny from the fans against Rafael Benitez has solidified Chelsea’s status as one of the most unstable big clubs in world football.

And then there are the intangible factors. Ferguson’s team lost out on the title by the slimmest possible margin in 2011-12. The collective spirit and determination of the team has been apparent all season, a thirst for vindication ruthlessly drilled into United by their ageless Scot.

Technical skill and brilliance are more immediately apparent than mental steel, and it could be argued that the Red Devils’ mentality has been the deciding factor in the season. How many times did United snatch points during patches of indifferent form? Their record of 27 wins and just four draws is testament to the team’s refusal to settle for anything other than victory

Regardless, United’s comprehensive victory is perhaps cause for concern. The Premier League has long been a bastion of international football. Few clubs utilize a stereotypically “English” style of play – Stoke City and West Ham are the most obvious exponents – and it is this diversity in style and skill that has seen the Barclay’s Premier League regularly lauded as the finest national competition in football.

But when the best team in the “best” league in the world is merely “good” by international standards, and still records a season of utter dominance, you have to question the depth of the Premier League’s elite teams. England simply cannot be seen as the Mecca of world football when their best cannot match the world’s best.