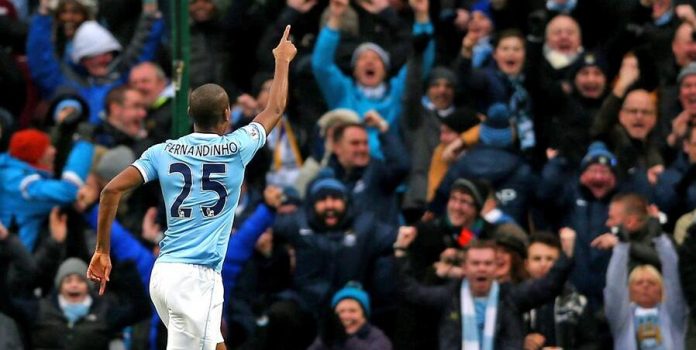 Man City sent another deafening message to the rest of the Premier League with a merciless display of attacking prowess at the Etihad, coming out 6-3 winners over leaders Arsenal. 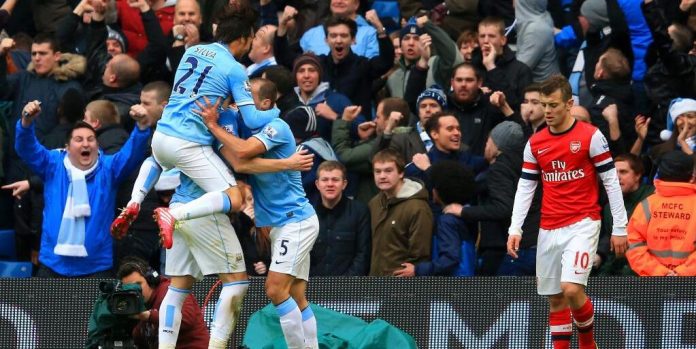 Fernandinho grabbed a super brace as City gave another example of their ability to dominate the top sides in Manchester. The Gunners and North London rivals Tottenham have now both conceded six to Manuel Pellegrini’s side in less than a month.

Arsenal will make the journey back down south licking their wounds and surely contemplating how much an effect the defeat will have come the business end of the season.

Unsighted for the first Walcott goal, unable to prevent the third, but should have done better with the second. Pulled off a wonderful save to deny Wilshere near the end.

Powered down the flanks with real attacking intent, and was solid at the back, until he afforded Walcott far too much space in the box, with the Englishman finishing unopposed. A decent outing nonetheless.

Shackled Giroud well, and even managed to drive forward on occasion and set his teammates away to promising attacks. A lapse of concentration let Mertesacker sneak in for the third Arsenal consolation.

Equally as adept in defence as his centre-back colleague, the Argentine was a real threat from set-pieces too.

Kept the isolated Walcott quite out wide, and was a willing runner throughout. Still, for me, he should be below Kolarov in the pecking order.

Scored his first couple of Premier League goals in the second half – his first a gorgeous curling effort from the left – and marshalled the midfield excellently.

His best performance since his £30m summer move to the Etihad. 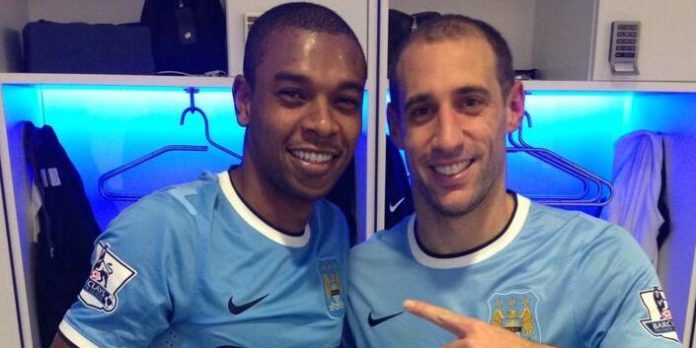 A costly mistake in the centre allowed Arsenal a route back into the game, but the Ivorian made amends by providing a sumptuous ball over to the right in the buildup to the second City goal.

Banged in the sixth from the spot to round off an amazing afternoon.

The Spaniard scuttled around the final third, slipped delicate balls through to the front-men, steered in the fourth goal for City, and generally caused havoc among the Arsenal back-line throughout the encounter.

Came off for James Milner in the second half.

Hit and miss from the former Gunners man. Was in the shadow of David Silva in the first half, but set up Fernandinho for the killer fifth goal.

Came off late for Javi Garcia.

Cracked in the opening goal of the match with a sweet falling volley from a corner, but was taken off with an injury early in the second half. His replacement, Jesus Navas set up Silva for the City’s fourth.

Another goal for the man they call ‘the Beast’; Negredo lived up to his nickname with some powerful holdup play, and explosive bursts of pace.

While he conceded six, there was little to nothing he could do about it. The Pole was an unfortunate spectator while Fernandinho et al ran riot.

Put in a few decent crosses from the right, but was caught out of position a few times by Silva on his return from injury.

The Frenchman, along with his fellow defenders, was overrun during the first half and struggled with the pace at which the City attackers came at him. May be set for a spell on the sidelines after coming off injured in the second half for Thomas Vermaelen.

A similar point can be made of Mertesacker. Usually solid as a rock, the City forwards sliced through the Arsenal defence with such ease at times, with the big German powerless to stop them. Scored the third consolation with a header.

Lost the ball on a number of occasions up the field, and almost allowed City to score a fifth. A bad day at the office for the Spaniard.

Did his best to stem the Blue tide in the first half, with little success. Had a little more luck in the second half, but was ultimately powerless to stop the inevitable.

Came off for Serge Gnabry in the second half.

Played some lovely passes in the final third, tested Pantilimon from range, and bust a gut in the first half. Despite this, he was often out-muscled by the physical City midfield, and cut a truly frustrated figure as Arsenal were overrun late on.

Tried a few things, but could not stamp his authority on the game as he has done many times this season, as Arsenal slumped to a costly defeat.

Too much walking and not enough doing from Arsenal’s record signing. A nice pull-back for Walcott’s fortuitous first, but the German faded badly as the game wore on, and sold Flamini short with a poor pass which led to the third City goal.

Fell out with Mertesacker at full time for refusing to acknowledge the away support.

Grabbed a brace, with his second a real gem, Walcott could not save his side in the end. Was isolated on the wing for long periods, and were it not for his brace, would have been anonymous.

Tried and failed to get the better of Kompany and Demichelis in the first half, as City dominated. Came alive in the second period, and really should have done better with at least one of the many chances that came his way. Came off for Nicklas Bendtner late on.

What do you think? Agree with the ratings? Will Arsenal recover? Let me know in the comments below…