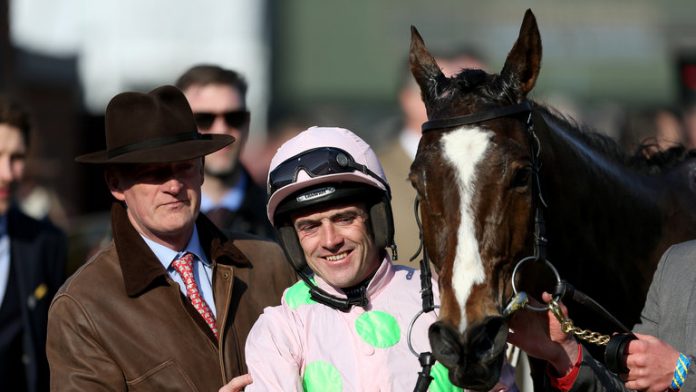 Horse racing fans can watch superb action throughout the year, with a wide variety of events worth checking out across the world.

The Cheltenham Festival, Royal Ascot and the Prix de l’Arc de Triomphe are amongst the industry’s top attractions, but there’s plenty more on offer whether you’re a lover of flat or jump racing.

Read on for our top six recommendations of the major horse racing events each year.

The Cheltenham Festival is the highlight of the jump racing season, with the top horses from across the United Kingdom and Ireland taking part in a four-day sporting extravaganza during March.

The Cheltenham Gold Cup, Champion Hurdle and the Queen Mother Champion Chase are the headline races, but the supporting card also features numerous other Grade I events.

The Festival always attracts a huge Irish contingent, with many punters wagering huge amounts during the Festival.

The Dubai World Cup first put the United Arab Emirates on the horse racing map in 1996 with its inaugural race at Meydan Racecourse. It’s the richest race in the world with a prize of $10 million for the lucky winner.

A new course was opened in 2010 alongside the Meydan Hotel, so you can watch the race in March from the stunning grandstand or in the comfort of a luxurious room or suite at the world’s first track-side hotel.

Royal Ascot is the highlight of the flat racing calendar in the UK, attracting over 300,000 spectators to Berkshire during June every year.

It is also a major event in the British social calendar, with the fashion on display often gaining as much publicity as the actual racing.

However, with at least one Group One event on each of the five days of the meeting, Royal Ascot is the undoubted jewel in the crown for the stars of flat racing.

The Prix de l’Arc de Triomphe is one of Europe’s biggest horse-racing events. Hosted at Longchamp Racecourse on the banks of the River Seine at the start of October, the Arc is one of the world’s richest horse races.

Previous winners include the likes of Mill Reef and Sea Bird, while Dancing Brave’s victory in 1986 banished memories of the awful ride he was given by Greville Starkey in the Derby earlier that year.

The Breeders’ Cup World Championships is an annual series of Grade I thoroughbred horse races held over two days in late October or early November. Tracks across North America take it in turns to host the event which attracts top horses from the USA, Europe and Oceania.

The Breeders’ Cup Classic is the premier thoroughbred horse race of the year in the USA and is now regarded as the fourth leg of horse racing’s Grand Slam of Thoroughbred racing — the traditional Triple Crown of the Kentucky Derby, Preakness Stakes and Belmont Stakes, plus the Classic.

The annual Melbourne Cup Carnival is a tradition dating back to 1861 and is considered by many people to be the greatest 3,200-metre horse race in the world.

The November event at Flemington Racecourse attracts horses from across the world and is widely known as “the race that stops a nation”.

Dermot Weld’s Vintage Crop was the first foreign-trained horse to win the Melbourne Cup back in 1993. Ridden by Mick Kinane, the Irish gelding produced a strong run to overtake Te Akau Nick in the closing stages and win by three lengths.