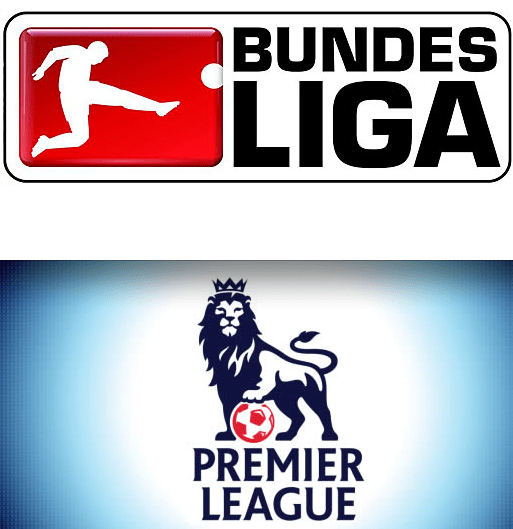 Bayern Munich’s spectacular success in last season’s Champions league certainly turned heads. The sight of Jupp Heynckes’ side ploughing through the champions of Italy in the quarters, and clinically despatching the mighty Barcelona in the semi-finals, will live long in the memory. Their showpiece match against fellow German side, Dortmund, was a superb final at Wembley; and the world of football was enlightened as to the real progress made by the Bundesliga in becoming a top league. Too long had the Germans languished in the shadow of other major European leagues, with only their international exploits to display their real talents.

Now, with the Champions league trophy nestled securely in the heart of Munich, the transfer window has spluttered into life, and the vultures are descending on Germany.

Chelsea are at the forefront of the current forays, having already snapped up Andre Schurrle from Bayer Leverkusen for £18m last week. The 22 year-old attacker will provide even more depth to the Chelsea squad, and Jose Mourinho will surely utilise the German’s ability to play across the line.

Reports emanating from the German press hint at another attacking target on Chelsea’s radar; 19 year-old attacking midfielder, Julian Draxler. The Schalke man has caught the eye with a number of mature performances, full of deft vision, and outstanding goals. The returning Mourinho has already secured the contract extension of Chelsea stalwart, Frank Lampard, for a further year, but will have one eye on the future, as his midfield man starts to wind down his glittering career. Draxler, with his keen eye, bustling running, and malleable youth may be the answer for the Portuguese.

Draxler himself has swooned at the talk of his major suitors,

“Which boy doesn’t dream about playing for Real, Barca, Chelsea or Manchester United? That’s nothing to be ashamed of,”

But with a colossal £38m release clause in the player’s contract, and a host of exciting attacking options already at Chelsea’s disposal, a move for Draxler may not be on the cards this year. But Mourinho and his scouts will undoubtedly watch with interest at the young attacker’s growth in the future, and a bid for the player may materialise yet.

Mario Gomez, the once talismanic striker for the now omnipotent Bayern Munich, looks to be ending his four year association with the Bavarian giants. A prolific goal-scorer throughout his career, he was, quite abruptly, considered surplus to requirements last season, after a year of quite extraordinary goal scoring prowess. Bayern’s sharper, more incisive style saw Gomez a lonely figure on the bench for much of the treble-winning season, and his time looks to be almost up with tiki-taka messiah, Pep Guardiola’s appointment at the club.

Arsenal, Man City, Tottenham, and Chelsea have all been accredited with transfer links to the 27 year-old, who still managed 19 goals last season, despite playing nearly half of the games than he did in the previous campaign. With strong interest also coming from Italy and Turkey, expect the Gomez saga to hot up quickly, as a poacher such as the German would surely be a handsome prize for many a club.

Arsenal, widely rumoured to be fronted by a sizeable war chest, have reportedly seen an £18.5m bid for Leverkusen defensive midfielder, Lars Bender, rejected by the German club.

With a number of impressive targets in their sights, including the likes of Gonzalo Higuain and unsettled United striker Wayne Rooney, they have highlighted the 24 year-old German to provide a much needed defensive engine in the heart of their midfield. Since the departure of Alex Song to Barcelona, a number of Arsenal midfielders have occupied the vacant area, with varied success. The presence of a stable, strong midfield operator would ease the pressure on some of their more creative talents, and give Arsene Wenger a platform on which to build upon.

The barefaced success of Munich and Dortmund over the past few years has really completed the footballing journey of the Europeans, and opened the eyes of many as to the abilities of the current generation of German stars. Although Bayern have a tendency to be able to snap up the most promising German talent to emanate from their own league, much like Barca and Madrid in Spain, such is the current crop of exiting players spread throughout the Bundesliga that one can expect the English hierarchy to continue to enquire after a host of gifted Germans.

The German national team are one of the favourites for the 2014 World Cup in Brazil, and if Premier League clubs pursue their interest in the best of the Bundesliga, we may see a gaggle of their new German signings take to the burning hot climates next summer, to further show the world of their collective, and often individual brilliance.