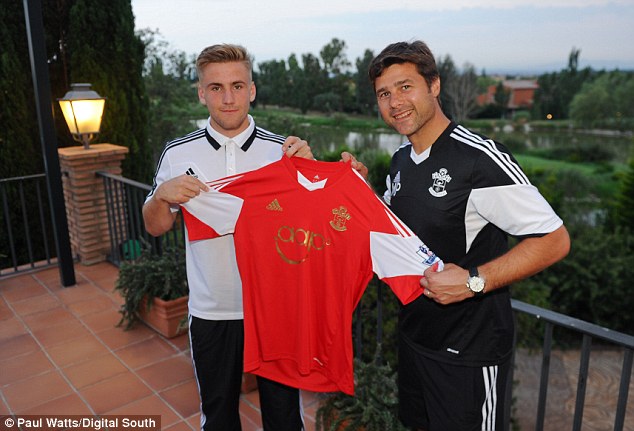 After an impressive opening day victory against West Brom on Saturday afternoon, Southampton fans have every right to feel a sense of intrigue and optimism ahead of the 2013/14 campaign.

Rickie Lambert is a name the tabloids are all too familiar with after scoring the winner against Scotland last week and increasing his perfect penalty ratio at The Hawthorns on the weekend.

However, Luke Shaw is the name the Saints fans will want to echo as one of the finest specimens the club has produced in recent years. The 18-year-old was simply faultless against Steve Clarke’s side.

The left back was full of guile and trickery which eventually lead to the trip from Youssouf Mulumbu. He was a genuine threat throughout and when called upon defensively, he was solid and self-assured.

CAN SAINTS KEEP HIM?

Ask any Southampton fan their best signing in recent years the vast majority will say the signing of a new, five-year contract from their academy starlet – thus fending off the vultures who like to swarm on raw English talent.

Naturally, Manchester United have been linked with the Kingston born player. He poses an air of maturity and athleticism beyond his years which, if managed carefully and progressively, will fine-tune a potential world beater.

Shaw came into first team reckoning after an error strewn start to the campaign from usual left back David Fox in 2012. Then boss Nigel Adkins eased the youngster into first team action and he has not looked back since.

The boyhood Chelsea fan is quickly making a mockery of full backs up and down the country which will naturally draw comparisons to a certain Gareth Bale. Hence the reason Mauricio Pochettino has tied down the youngster for five years.

Southampton’s biggest issue in the past has been fundamentally financial. In the current era this is not the case so there is no reason why Shaw should need or want to leave. The south coast outfit are no longer a selling club.

Naturally, talk of an international breakthrough is more than just hearsay. Ashley Cole’s career is winding down to a close and Leighton Baines does not have age on his side in respect to international football.

With at least 15 years of professional football ahead of him it would take a fool to bet against the London born defender not to make the left back berth his own. It is not something that is going to happen overnight, however.

Southampton are an improving side who boast an array of home grown talent jostling for first team football via their academy. Expect Luke Shaw to set the marker for many other youngsters to follow in future years, at club level and beyond.