Barcelona forward Luis Suarez has claimed that Liverpool’s Steven Gerrard is irreplaceable and that it would be impossible for manager Brendan Rodgers to fill the void left by departing captain.

Luis Suarez moved to Barcelona in the summer of 2014, following a remarkable season with Liverpool which saw the Reds mounting a serious challenge for the title. Suarez has always been appreciative of Gerrard and how much the England midfielder has influenced his career. 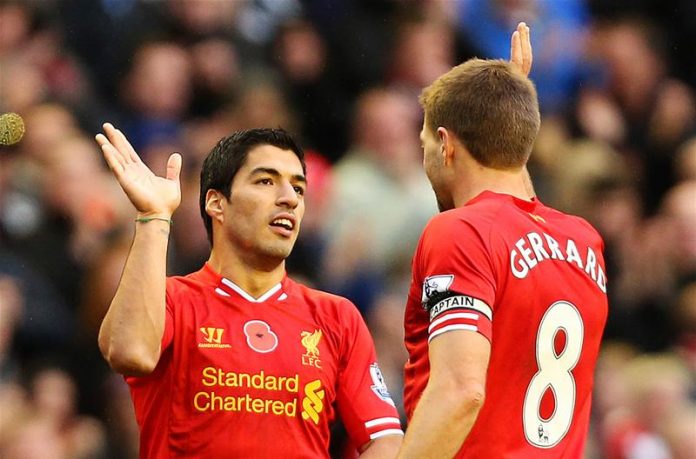 Speaking to the Mirror, Suarez claimed, ‘There are a small number of players in the world that are irreplaceable, and Steven is one of them. Not just irreplaceable as a player, but also as a captain, and what he represents for Liverpool”.

However, Suarez also stated that the likes of Jordan Henderson and Coutinho are more than able to step up in Gerrard’s absence and the manager will have been preparing for this.

‘Liverpool are a great team though, big players will want to play for them. They have great midfield players already there who can make a step up – and I am sure the boss is already thinking about replacements’, he said.

Further Suarez also reflected on Gerrard’s comments about returning to Liverpool one day, in some capacity.

‘I can’t speak about what Steven’s plans are after he retires from the game, only he will know if he wants to go into coaching or not.

‘All I can say is that it would never surprise me to see him return to Liverpool in some capacity. To say he loves the club would not do his feelings for Liverpool justice, Liverpool is a part of him’, he added.

Suarez is not the only one who feels the loss of Steven Gerrard will hurt Liverpool dearly. Club legends Jamie Carragher and Kenny Dalglish have also underlined the importance of the England midfielder and how big a moment this was in the club’s history. 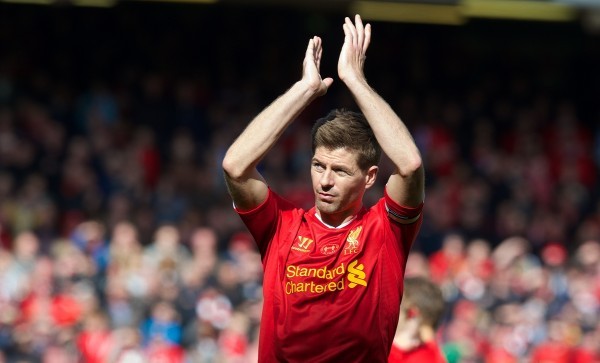 Despite his below par performances of late, Gerrard remains a key figure in the Liverpool dressing room and has been crucial in steadying the squad through turmoil over the last few years. It is almost impossible to replace Steven Gerrard directly. However, it is possible to compensate for his loss, if the Reds go about their business in an intelligent way.

The absence of Steven Gerrard doesn’t just take away a wealth of experience and leadership from the club, but also takes out a seasoned performer with world class abilities.

“No Premier League player has created more chances than Gerrard (835) since Opta started recording such data in 2003.” #LFC

It is easy to replace a star player by splashing the cash on the very best in the world, but Liverpool do not have the means to go and replace their captain with the likes of Toni Kroos or Luka Modric for example.

Depending on youth is one way to replace Gerrard, but Liverpool have an extremely young core with the likes of Henderson, Coutinho, Sterling, Markovic, Sturridge and so on. At times this season, the Reds have lacked guidance and character in the absence of Gerrard. Despite their obvious talent, it is evident that Rodgers’ young set of players need a helping hand, someone to look up to. 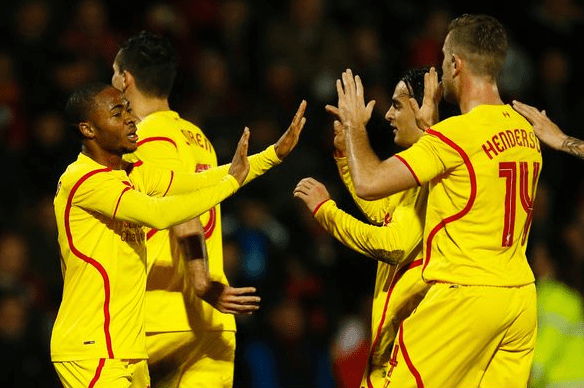 Further, following the Juventus model to replace Gerrard could prove to be extremely beneficial and effective for the Reds. Conte laid the foundations of an outstanding midfield with a blend of youth and experience. The decision to design a midfield around the experienced Pirlo and a prodigiously talented young prospect in Pogba seemed like a bit of a risk back then; however the rewards have been overwhelming, as their midfield has been the key to their domestic success over the last few years.

There is an abundance of young talent in the Liverpool ranks. The likes of Emre Can, Pedro, Rossiter, Henderson are all very capable young midfielders who could benefit immensely from the arrival of a proven and experienced individual, someone who will not only fill the void in terms of performances, but will also bring a sense of leadership around the club. While it is easy to cite the example of Pirlo and Pogba, players like them are few and far between.

Also Gerrard’s current role in the side makes it easier to compensate for his loss in terms of his duties. Someone like Sami Khedira could effortlessly carry out Gerrard’s current role and add considerable experience to the side, even improve it. Big decisions will have to be taken come summer, but what is for certain is, too much reliance of youth won’t do a Liverpool a lot of good.