Ljungberg says Ozil should be in the Arsenal squad 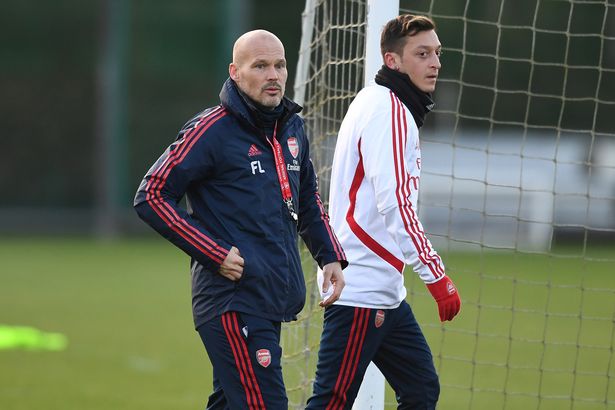 Arsenal legend and former interim head coach Freddie Ljungberg has said that Mesut Ozil should be in the Arsenal squad, according to The Athletic via the Daily Mirror.

Ozil was left out of both Arsenal’s Premier League and Europa League squads this season and it seems unlikely that the German midfielder will play for the club again. He has less than a year remaining on his contract with the North London side and will leave for free next summer. Arsenal can revise their squad in February following the January transfer window and so it is not impossible for Ozil to work his way back into the team but it seems very unlikely.

Ljungberg was appointed interim head coach of Arsenal in November 2019 after former Gunners boss Unai Emery was sacked. He managed the North London club for 22 days until current manager Mikel Arteta took over the reins on a permanent basis.

During his spell at the club, he managed six games in all competitions, winning once. Ozil started four of the six games under the Swede but was left out of the squad for his final game in charge of Arsenal against Everton at Goodison Park. Ljungberg made the decision to leave Ozil out of the squad because of his negative reaction to being booed off by Arsenal fans during the club’s previous Premier League game against Manchester City at the Emirates which they lost 3-0.

On Arteta’s arrival, Ljungberg joined his backroom staff and remained in that position for the remainder of the season. He announced his departure from the club in August and said he wanted to pursue his ambition of being a head coach.

On being asked for his views about Ozil’s situation at Arsenal, Ljungberg said:

“Mesut is a great football player, we know that. We all have different opinions and everybody needs to accept that people have different opinions. For me, maybe the way football has gone now sometimes he’s not as athletic defensively. Let’s say when you play Man City you don’t have the ball and need to just run after them, maybe you need more athletic players.”

“What I tried to do, what I believed in, was that when you play teams who, on paper, you’re a bigger club than or you think they’ll have a low block and you need someone to unlock it, Mesut has the total quality to do that. I think there is a space for a player like that in those kinds of games.”

“But then as well you need to have a communication with the player — not just Mesut, every player. Different games suit certain players and other games suit others.”

“The days of playing every single minute of every game maybe are just not happening that often anymore. When I left in the summer he was in the squads and now he’s not. What’s happened there, I can’t answer.”

“I don’t know if something else has happened, I have no clue. But if you look at pure football qualities, I think my answer is quite obvious.”

“When I was interim coach, I would play him in the games when I thought he could unlock defences, even if I knew his defensive job was not as good as some other players. So that’s my opinion; there should be a space in certain games.”

It must be said that while the former Real Madrid playmaker is the most creative player currently on the books at Arsenal, his form in recent years has fallen off a cliff. In Wenger’s final two seasons at the club, Arsenal’s number 10 scored 17 goals and provided 28 assists. In the two years since the Frenchman’s exit, he has scored seven goals and provided just six assists.

The North London club’s lack of creativity will continue to raise questions about why Ozil is not being utilised by Arteta. The reality is that while he certainly cannot put a shift in when the team is out of possession, his ability to impact a game of football with a defence-splitting pass is not what it used to be.

Today’s Mesut Ozil is a passenger both on and off the ball. Why not give young players at Arsenal like Emile Smith-Rowe the opportunity to make that position their own instead of recalling a player who is well past his prime and set to leave the club in the summer?