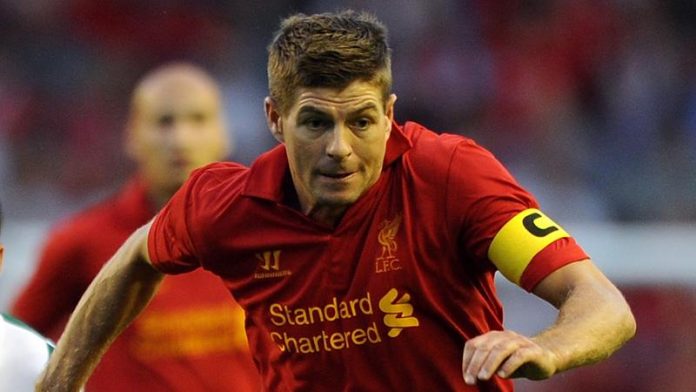 Steven Gerrard has been Liverpool’s leader since 2003, when he took over from Sami Hypia. Almost ten years as the captain, he is on the back end of his career. At the age of 33, he only has a few seasons of quality football left in him. So who will be the future captain of the Reds?

Currently Daniel Agger is Vice-Captain and he is as loyal as they come to the club that he loves. I am sure he will continue his career on Merseyside and possibly be the next captain. But he is 28 and if Gerrard keeps the captaincy for a couple more years, then the club may look at more of a long-term option. Daniel Agger will get his chance to captain the club, because he is a great player and a great club man, but it may not be on a permanent basis. He is loyal and loves this club and very important to the squad, plus the fans love him.

Liverpool may look for a long term captain after Gerrard, or someone to replace the next captain. There are many youngsters coming through and some of them could be considered future leaders. Mamadou Sakho has recently been signed from PSG, he captained his club at senior level for over a season and was aslo a captain for his national youth teams. He was PSG’s youngest ever captain at the age of 17, a natural leader. If he settles and finds success at his new club, he could be an option for the captaincy.

Andre Wisdom has recently been handed the England Under 21 permanent captaincy.  He has come through youth and reserve teams at Liverpool and the 20 year old has already made 13 appearances at senior level and was very impressive at right back last season. He is primarily a centre back but has started his senior career at right back to ease in to senior football. He plays well above his age, has an experienced head on young shoulders and is another natural leader. His first job is to earn a spot in the first team consistently, then he may become the future Liverpool captain.

Jordan Henderson, Conor Coady and new keeper; Simon Mignolet could also be future captains or leaders for the club. Henderson is a tireless worker and has shown over the last year how much he wants to play for this club.  He is a great example of how to get into the first team. Coady is just 20 and has not yet broken into the first team.  He is tipped to be the next Gerrard (like many have been).  He has captained England at Under 17 and Under 20 level and has leadership abilities. Simon Mignolet has recently come to the club and has started well. He is 25 and has a bright future at the club and could do a similar job to his predecessor, Pepe Reina, and be a leader of the team.

It looks a bright future for Liverpool, with plenty of leaders and strong competition for the captaincy in the next few years. Liverpool’s future captain is a tight contest and an important job. I would pick Agger to captain Liverpool in the coming years, possibly just for a season. With Sakho or Wisdom as the next long term captain. But all of these players have the opportunity to lead.  They need to work hard and take their opportunities when they come.