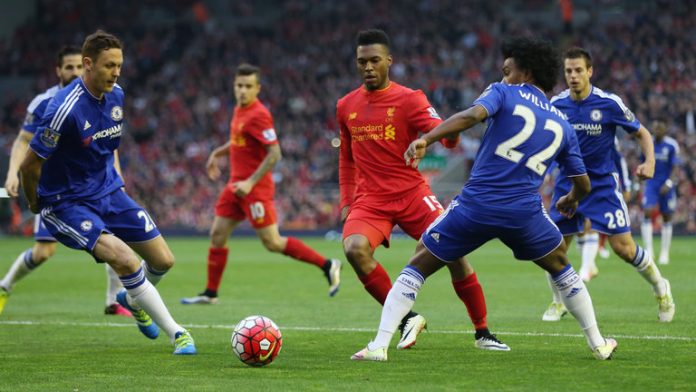 Liverpool host Chelsea in the Premier League on Saturday aiming to bounce back from Tuesday’s embarrassing Champions League collapse at Sevilla.

Jurgen Klopp’s side blew a 3-0 lead to draw 3-3 in Spain, but they have won their last three in the Premier League and are 11/10 favourites to defeat Chelsea this weekend.

Klopp will hope to have Joel Matip available after a thigh injury, while Adam Lallana is now back in full training following a long spell on the sidelines.

Mohamed Salah, Daniel Sturridge and Dominic Solanke are all in contention to face their former club.

Liverpool have not lost at Anfield this season, winning four and drawing two of their six games to date.

Last year’s corresponding fixture finished 1-1 and that can be backed at 23/4 this weekend.

Salah has been in fine form during the current campaign, scoring nine goals in 12 league appearances. He is available at 6/4 to score during the game.

The last three matches between these two sides at Anfield in all competitions have ended in draws and punters could be tempted at 5/2 for another stalemate on Saturday.

The visitors are priced at 5/2 to win the game, although manager Antonio Conte has a few key selection decisions to make.

Conte rotated his squad for Wednesday’s Champions League victory against Qarabag, but he will undoubtedly field a strong side at Anfield.

Alvaro Morata was on the bench in Azerbaijan and should return to the starting line-up, while defender Andreas Christensen was given the night off and could also come back into contention.

Tiemoue Bakayoko was also rested against Qarabag, while N’Golo Kante was subbed out of the game to get a breather.

Victor Moses could return from a hamstring problem picked up during October, but Kenedy, Michy Bathsuayi and Charly Musonda will all miss out.

Chelsea begin the weekend third in the table, nine points behind leaders Manchester City. A win for Liverpool would see them move level with their opponents.

The Blues have won five out of six league games away from home this term and they recorded an impressive 4-0 victory at West Bromwich Albion last weekend.

Eden Hazard scored twice against the Baggies and is priced at 15/2 to grab the opener against Liverpool.

Liverpool have comfortably seen off Huddersfield, West Ham and Southampton in their last three league games, but Chelsea are a significant step up in class and the 10/1 on offer for a 2-1 away win looks a tempting proposition.