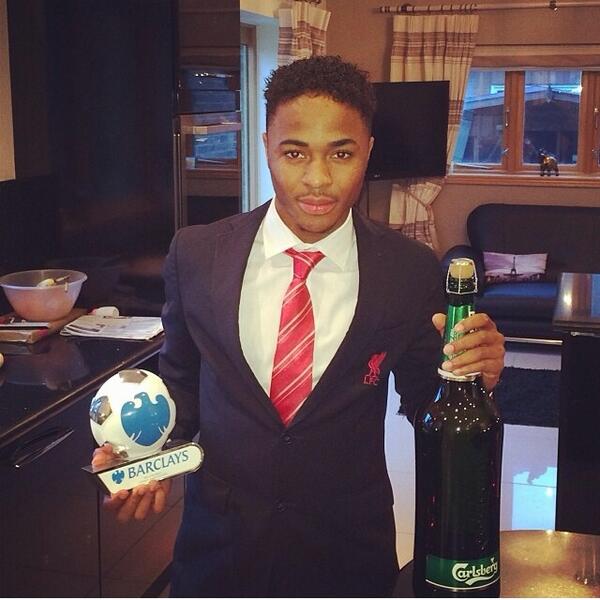 It was one of the best home performances of the season thus far by any team and has to be one of the best first half for the Reds for a long time. Arsenal had no answer to Liverpool’s ruthless display in front of goal mouth, as the Reds went 4-0 up at half time.

Young Sterling has been superb in the last few months and Brendan Rodgers has rightly praised him saying he is the best young winger in the country at the moment.

The 19-year-old scored the third goal, as he coolly slotted home a pass from Luis Suarez. However, his biggest moment came in the second half, when he scored in front of the KOP. We take a look at some of the tweets about what others had to say about Sterling’s awesome performance.

Sterling turning in to one of our best attackers. Works so hard. Going to be some player.

How good was Raheem Sterling today. Only 19 and terrorised Arsenal today. Bound to be picked for the World Cup for England #YNWA

Let us know your thoughts on Sterling’s performance today…