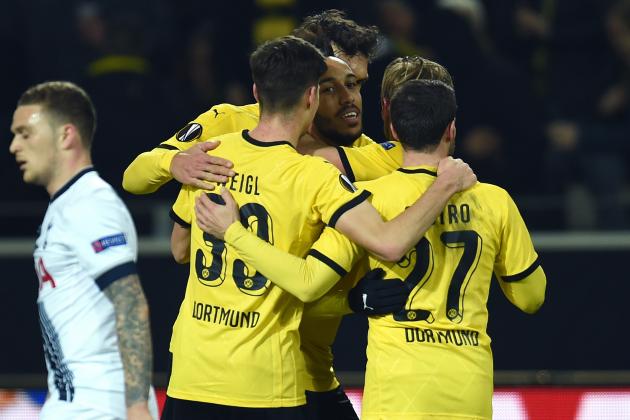 Tottenham Hotspur, Liverpool and Manchester City will all know the importance of starting with strong performances and results – but the trio face tricky fixtures in their respective groups.

Spurs arguably have the toughest test of the three English teams, with a home clash at Wembley against German giants Borussia Dortmund for Mauricio Pochettino’s men.

The Bundesliga side have shown their calibre in recent years, making the final in 2013 and beating some of the continent’s top teams in the process.

Those betting on the game will have to take Tottenham’s ‘Wembley hoodoo’ into consideration, with a temptation to use your bet365 bonus code on Dortmund returning to the Ruhr Valley with all three points.

Pierre Aubameyang is one of the world’s most-prolific strikers and Christian Pulisic s a prodigious talent that can punish Spurs.

However, Tottenham will take confidence after a commanding win over Everton at the weekend, while Dortmund’s injury concerns mean it is an ideal opportunity for the North London club to start with an impressive three points.

The bookmakers give Spurs odds of 5/4 to start their Champions League tenure with victory.

Manchester City are looking ominous and beat Liverpool 5-0 on Saturday, with Pep Guardiola’s men putting on a second-half masterclass against the Reds.

The Etihad Stadium side have deployed Sergio Aguero alongside Gabriel Jesus in attack this term and signs from the weekend suggest that the South American pair can lead the line as a duo – with a very able supporting cast.

City travel to Feyenoord on Wednesday night and are overwhelming 4/11 favourites to record three points at the De Kuip Stadion – but the English side will surely come up against a hostile reception.

Despite this, and the array of young stars in the Eredivisie outfit’s ranks, Guardiola’s men should have too much quality in Rotterdam.

Finally, Jurgen Klopp will hope that his Liverpool side can bounce straight back from their humbling at the Etihad Stadium when they take on Spanish side Sevilla at Anfield.

The Reds have been handed a relatively kind group, with Maribor and Spartak Moscow also to play, and as such starting with victory against their toughest opponent would stand the Merseyside outfit in good stead.

The Liverpool fans have been yearning for Champions League nights at Anfield once more and the suggestion is that Klopp’s current squad are more prepared to handle Europe’s top tournament than previous groups.

Sevilla are a dangerous outfit with plenty of firepower in the final third, but the hosts go into the game as favourites at odds of 4/6.

While the likes of Real Madrid, Barcelona, Paris Saint-Germain and Bayern Munich will be the teams to beat in the Champions League this term, with five English sides in the mix there is every chance that Premier League clubs can make it deep into the competition this season.