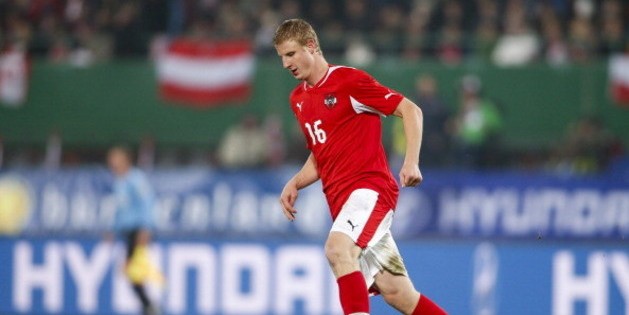 Liverpool have become the latest Premier League club to have shown a keen interest in Red Bull Salzburg defender Martin Hinteregger, who is also a reported target for Arsenal.

The 21-year-old centre-back is attracting admirers from the Premier League, with Gunners boss Arsene Wenger thought to be following his progress.

With question marks remaining over Thomas Veramelen’s future at Arsenal, Wenger could delve into the transfer market this summer to find additional cover for first choice centre-backs Per Mertesacker and Laurent Koscielny.

The Gunners could face stiff competition from Liverpool for Hinteregger, and according to The Guardian, Liverpool sent a scout to Klagenfurt on Wednesday night to watch him win his second cap for Austria in the 1-1 draw against Uruguay.

Defence is one of the areas that needs bolstering for the Reds as well, with Rodgers casting doubts over the fitness, form and long-term future of vice-captain Daniel Agger.