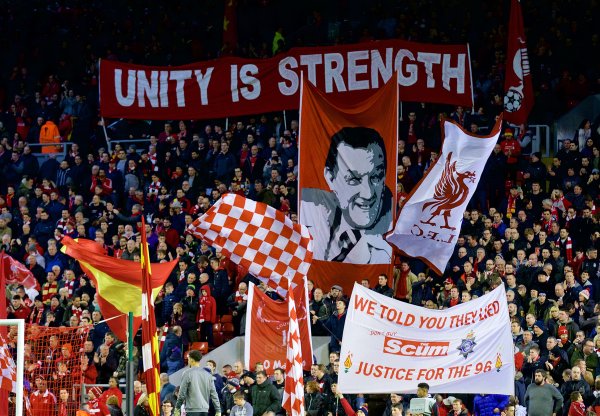 Following Liverpool’s 2-0 victory over Manchester United on Thursday evening in the first leg of the Round of 16 Europa League tie, we take a look at the Liverpool player ratings on the night. 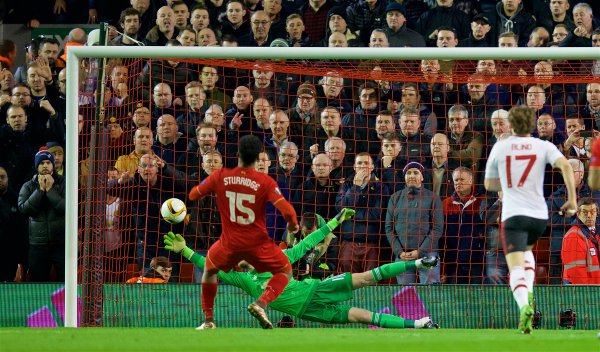 The Belgian shot stopper did not have to make any save until the 50th minute. He dealt with crosses nicely, and focussed mainly on distribution.

His marauding runs from the right caused problems for United throughout the game. Won the penalty for the side in the first half that Daniel Sturridge converted, and looked defensively solid.

The French international wasn’t put under enough pressure by the United forwards. He looked composed apart from one odd moment when he clashed with Juan Mata in the first half, and almost conceded a penalty.

Did well alongside Sakho. Kept Martial and other United forwards quiet. Booked towards the end of the first half, but overall the Croat enjoyed a good night at the back.

It was one the Spaniard’s finest performances of the year to date. He looked nervous in the beginning, but improved as the game progressed. He was a constant threat from the left flank, and joined the attack at every opportunity.

The German produced yet another strong performance for the Reds. He dropped deep on several occasions and looked a commanding presence in the middle of the park.

It was arguably the best performance from the skipper since he returned from injury earlier this season. His pressing and work-rate were admirable and restricted Mata from influencing the game. Did well in link up play with other attacking players going forward.

Lallana has improved immensely under Klopp. His energy, pace, creativity caused problems throughout the game, and nearly found his name on the scoresheet, when he came close with a close-range effort in the first half, only to be denied by De Gea.

The Brazilian is growing in confidence with every single match. He worked in tandem with Clyne and worked well as a false 9 when Sturridge was withdrawn. He took his goal with a great composure.

The little magician’s tricks and flicks bamboozled United defenders all night, and drew top good saves from De Gea. It wasn’t a perfect night for him, but he was still a joy to watch.

Kept cool to score the opening goal from penalty and give Liverpool the lead. He got another opportunity to double the lead, but was well saved by De Gea.

Liverpool will get where they want to be under Klopp, or close to it. It’s very hard to see Man Utd doing that under LVG.

Hell of a performance, utterly bossed that game. Not singling anyone out, whole team did their job.

Superb LFC display at Anfield tonight to comfortably and deservedly go into that second leg with a 2 goal advantage.

Would’ve been 4 or 5 if it wasn’t for a world class keeper. Really good performance. Bringing Allen on was a great move by Klopp.