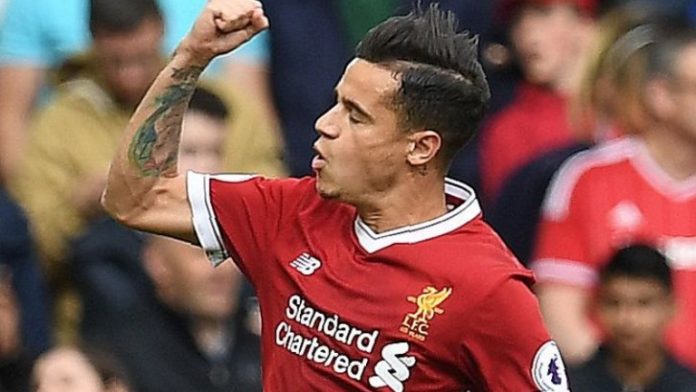 2019 Copa America hosts Brazil kicked off their campaign with a 3-0 victory over Bolivia in the early hours of Saturday.

The Samba boys were without the injured Neymar, but Barcelona star Philippe Coutinho stepped up in the absence of the Paris Saint-Germain man, bagging a brace, with Liverpool forward Roberto Firmino providing one of the assists.

Brazil were at the receiving end of boos from some of their fans following a goalless first-half, but things soon changed after the restart.

Coutinho opened the scoring after converting from the spot, and was in the right place to finish a brilliant cross from Firmino for his second goal.

The performance of the former Liverpool star, who struggled at club level last term, and his brillant link-up play with the Reds striker got many Anfield faithful wishing he never left in the first place.

Here is how some Liverpool fans reacted to Coutinho’s performance against Bolivia:

Watched the Brazil game and it was a real shame that Coutinho left us. Firmino and his link up play is unbelievable and would furthermore boost Liverpool to the highest level possible. But he made his bed in forcing a move and now he has to lay in it. #CopaAmerica #BRAxBOL #LFC

I know Coutinho is unlikely to come back, but what I wouldn’t do to see them play together again in a Liverpool shirt https://t.co/p8J4quGIjM

That's how Liverpool Boys Do..

Coutinho could return a legend at Liverpool l. It's time to come home

Coutinho tap in from a Firmino assist, liverpool days ! pic.twitter.com/iM6olupt38

The 27-year-old left Merseyside for Barcelona in the January of 2018 for £142 million, finishing 2017-18 with a La Liga and Copa del Rey winners’ medals to his name after weighing in with 10 goals in 22 appearances.

The Brazilian would have been left to rue leaving Liverpool after helplessly watching as his former side overturned a 3-0 first-leg loss to Barca in the second-leg of the Champions League semifinals at Anfield with a 4-0 victory.

The former Inter Milan midfielder will hope to put last term’s disappointment behind him by leading Brazil to Copa America glory, but some Liverpool fans are still wondering what would have been had he remained on Merseyside.