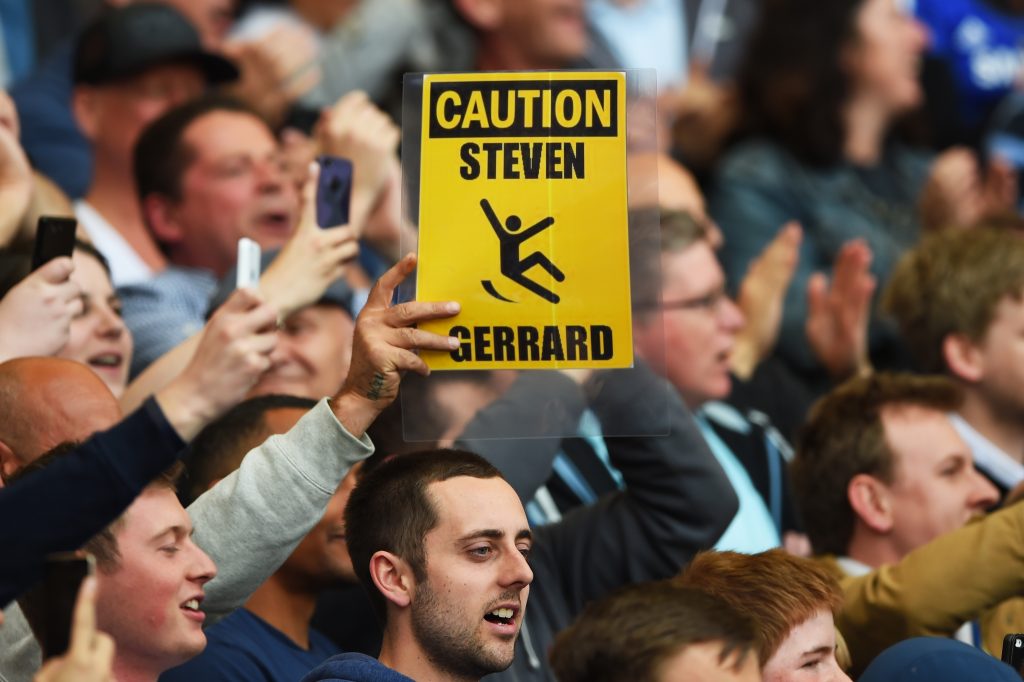 There was a time not too long ago where Liverpool versus Chelsea was one of the most eagerly anticipated football rivalries in the Premier League calendar.

It has lost a little of its sparkle in recent seasons, with the two clubs rarely competing against each other for silverware.

However, while neither side are in the running to win the title this season, they are in the battle to claim a Champions League qualification spot.

That will add an interesting dimension to their meeting at Anfield on Thursday, with both sides eager to claim a place in the top four.

Ahead of the game, Sportslens takes a closer look at 10 defining moments of one of the biggest football rivalries of the 21st century.

Chelsea secured a berth in the Champions League at the expense of Liverpool in the ‘£20 million match’ in May 2003.

Jesper Gronkjaer’s winner consigned the Reds to the UEFA Cup and laid the foundations for the heated rivalry that followed.

Roman Abramovich completed his takeover of Chelsea a month later to set the club on an epic journey.

Chelsea needed extra-time to beat Liverpool in the final of the 2005 Carling Cup, but it would have been a travesty if they had been beaten.

The Blues dominated possession but needed a Steven Gerrard own goal in the 79th minute to haul themselves back into the game.

Jose Mourinho’s side went on to claim victory to hand the Portuguese his first trophy as a manager in England.

Liverpool exacted their revenge later in the season by securing a place in the final of the Champions League at the expense of Chelsea.

They achieved the feat courtesy of a controversial goal by Luis Garcia, with replays showing that the ball didn’t cross the line.

The ‘ghost goal’ still niggles Mourinho to this day, much to the delight of Liverpool fans.

The Reds went on to win the Champions League that year, but they were rocked just a few weeks later when Gerrard handed in a transfer request.

It appeared that he would agree to join Chelsea after they made a £32m bid, but he subsequently had a change of heart and stayed with Liverpool.

The suspicion remains that Gerrard used Mourinho’s interest to bag an improved contract at Anfield. Clever stuff? Or despicable? You decide.

Chelsea finished in the top two for three consecutive seasons from 2005/06 to 2007/08, but Liverpool had plenty of joy in cup competitions.

They defeated the Blues 2-1 in the semi-final of the FA Cup in 2006 before going on to beat West Ham United in the final.

The Reds also triumphed on penalties when the two sides met in the last four of the Champions League the following year, although they didn’t end up lifting the trophy.

Didier Drogba scored twice as Chelsea swept into their first Champions League final at the expense of Liverpool in April 2008.

On a night of high drama, Frank Lampard scored a penalty in extra-time just six days after the death of his mother.

The Blues were subsequently beaten by Manchester United in the final but managed to get their hands on the trophy four years later.

‘Flop’ has the last laugh

The Spaniard struggled to produce his best form in a Chelsea shirt, much to the delight of Reds supporters.

However, Torres managed to pay back some of the fee with the winner against Barcelona in the semi-final of the Champions League in 2012.

“Hey, this does not f****** slip now.” Steven Gerrard’s comments to his teammates after a 3-2 win over Manchester City in April 2014 came back to haunt him just a couple of weeks later.

A 2-0 home defeat against Chelsea blew a hole in their title hopes, with Gerrard’s slip that handed Demba Ba the opening goal proving to be the defining moment of the season.

The now-Rangers manager’s over-zealous celebrations after his team beat Celtic in December 2019 proved that he had learned nothing from the experience, with the Hoops eventually romping away to their ninth title in a row. Karma.

Lampard’s tenure as Chelsea manager ultimately didn’t end well, but no-one can argue that he was not committed to the cause.

He highlighted that point to great effect in July 2020, delivering an expletive-laden rant towards Reds’ boss Jurgen Klopp.

His ‘only title you’ve ever won, and you think you can give it the big one, f*** off’ comment has turned out to be on the money given how Liverpool have performed this season.

Kepa Arrizabalaga had struggled to live up to his lofty price tag after joining Chelsea from Athletic Bilbao in 2018.

Lampard’s patience with his goalkeeper was already wearing thin before Liverpool’s visit to Stamford Bridge last September and the Spaniard’s howler for their second goal was the final straw.

Chelsea subsequently bought Edouard Mendy from Rennes and Arrizabalaga has barely played for the club since his arrival.