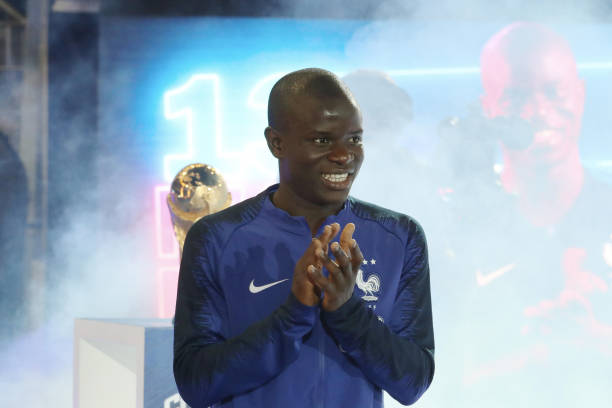 Liverpool travel to Stamford Bridge on Sunday to face Chelsea, and the Champions League winners will look to maintain their 100% winning start to the new Premier League campaign.

The Blues, on the other hand, have won just twice so far, drawing two and losing one, and manager Frank Lampard will be more than eager to prove his credentials against Jurgen Klopp’s men.

Chelsea were handed a two-window transfer ban two months ago, but despite being unable to recruit new players, Klopp believes they have a great squad.

He was particularly full of praises for French defensive midfielder N’golo Kante, and he claims the one-time PFA Player of the Year looks like he could play for the next 20 years.

“It’s a really exciting team, it reminds me a little bit of my team at Borussia Dortmund a few years back when they were really young, even younger than this team now at Chelsea,” Klopp said.

“Jorginho not that young, but not been that long in the league. You have Kante who looks like he could play for the next 20 years. Maybe he’s only 18 physically, it’s unbelievable.”

"They remind me of my Dortmund team!" 🇩🇪

Kante has two Premier League titles to his name after helping Leicester City to the top prize in 2016 and winning it with Chelsea the following season.

The 28-year-old won the World Cup with France last summer, and it’s not a surprise that Klopp is a huge fan of his.

He is without a doubt the best ball-winning midfielder in the world, and the Liverpool boss will secretly wish he had such a calibre of player within his ranks.