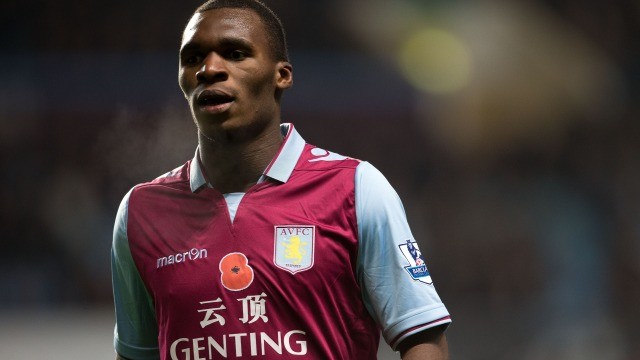 Aston Villa striker Christian Benteke may have made a U-turn on handing in a transfer request and subsequently signed a new deal with the side this summer, but his future still has question marks hanging over it.

Liverpool striker Luis Suarez has recently told his club he wants out of Anfield – citing how he was told he could leave if the club failed to finish in a Champions League place last season.

Following the news, Liverpool could now be eyeing up Benteke as a potential replacement with the new season closing in. They currently have Daniel Sturridge, Iago Aspas, and Fabio Borini as their alternate options in attack.

The Reds have also recently enquired about Athletico Madrid forward Diego Costa, but have been told the Brazilian international isn’t for sale at any price.

Arsenal have been in the market for a prolific striker this summer, and have so far missed out on David Villa, Gonzalo Higuain, and Stevan Jovetic. Manchester United’s Wayne Rooney and Liverpool’s Luis Suarez are two players high on the Gunners’ shortlist, but Benteke is also on manager Arsene Wenger’s wish list.

No bid has been made for the Aston Villa man, but the Midlands outfit are bracing themselves for a barrage of interest until the summer transfer window shuts at the end of August.

The former Genk striker scored 23 goals in 39 games last season, and has scored six goals in 14 games for the Belgium national team.

His asking price is said to be around £25M, but any potential suitors will be met with a firm resistance from Villa – who have no plans to sell the Belgian.

The Premier League opening day is less than two weeks away, and a number of the league’s elite are still making deals which could shape their short-term future. Aston Villa thought they had dodged a bullet in keeping Benteke, but now are fearful of a further approach.