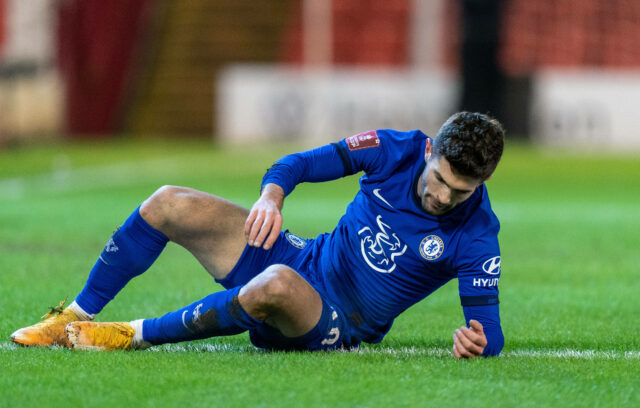 According to reports from the Daily Mail, a host of Premier League clubs including Liverpool and Manchester United are keeping tabs on Chelsea midfielder Christian Pulisic.

Check the link and read the body of the article – We won’t go into further details because there’s nothing concrete to discuss. We will talk about the narrative of the article and other aspects.

First, the mentions of clubs – Liverpool, Manchester United and Bayern Munich – appear boldly on the headline and also on the snippet. However, surprisingly, the names of the clubs do not appear for a single time in the body of the article.

We expected to see what these potential suitors were up to/thought process behind their prospective move apart from the usual jargon “keeping tabs on”.

Secondly, the report claims Pulisic “will be perplexed” (note the tense here) with what Thomas Tuchel has said in his latest press conference and a “summer exit on the cards”.

So, what Tuchel actually said that could potentially lead to his departure.

a) The new Chelsea boss starts with this – ‘I can say nothing else but good things about him.” Tuchel thinks Pulisic’s “big problem” is that he is not getting games despite the fact he knows him from his time at Dortmund.

b) Tuchel admits “it is a bit unfair” that he is not getting enough games. He further clarifies — “It isn’t a lack of trust or quality” and that “he will have to be patient”.

On reading between the lines, it shows that Tuchel hasn’t lost faith in the player, and he is fully convinced about what Pulisic can bring to the side.

But there’s a whole lot of assumptions.

The Daily Mail assumes that Pulisic “will be perplexed” after hearing these comments. The reason being he doesn’t want to “endure a similar exercise” of establishing himself as a starter once again.

He is yet to start a Premier League game under Tuchel.

Chelsea are now unbeaten in nine league games, and Tuchel – who is doing a fantastic job – doesn’t want to break the pattern.

As a result, the £58 million midfielder “is unlikely to have the patience to prove his worth” once again, with “indications a summer exit is more likely”.

There is nothing concrete why he will not have the patience to turn his situation around, especially after hearing his manager saying that he trusts him.

So, does Pulisic – like journalists – love selective reading/hearing? Does he like to take his manager’s comments out of context and then feel neglected?

If Pulisic goes to Liverpool or Manchester United – is there any guarantee that he will not have to prove his credentials to be a regular starter?

Secondly, if he doesn’t want to prove himself/doesn’t have the patience to change his situation at a club like Chelsea who have a wealth of attacking talents, that clearly shows his lack of desire and application. But based on Tuchel’s comments, that doesn’t seem to be the case.

Tuchel has made it absolutely clear. There’s no special treatment for anyone in the team.

“It is like this – we have a strong group – he guys have to keep on fighting – there’s no other way,” insisted Tuchel.

The report finally ends with – such comments from Tuchel “may not ring true for Pulisic”, and that’s why other potential clubs are “beginning to take interest in his situation”.

We can see Tuchel’s words have been interpreted differently, and Pulisic’s situation has been described using words like “may not”, “unlikely to have” etc (based on assumptions) and then being linked with clubs without properly giving their transfer background behind potential interest.