Liverpool drew West Brom 2-2 and while it may be two points dropped, with the Reds just seconds away from crashing to a second successive Premier League defeat, Divock Origi’s deflected shot brought manic joy to the club. Here are 4 things we learnt from Liverpool’s draw.

Benteke with another poor outing

Summer signing Christian Benteke has lately been facing the wrath of Liverpool fans. If calls for him after the Newcastle United showing were harsh, critics would feel that argument was validated by the player against West Brom. Benteke was poor for large parts of the game. He showed little movement in and around the box and was also unable to meet any of the incoming crosses. The likes of Lallana, Moreno and Henderson provided Benteke with opportunities but the latter was unable to latch onto any of them. Benteke has perhaps been the only player who looked better under Brendan Rodgers than Jurgen Klopp.

The Belgian needs to come out of this slump in form and perform better as he might risk losing his spot in Klopp’s plans.

Liverpool’s captain had a good game and scored the opening goal for the Reds. He also set up Divock Origi for the equalizing goal. He showed just why Liverpool’s midfield needs an energising presence like his. While Milner could perhaps provide the same energy, Henderson’s output is much more vital and useful, as seen against the Baggies. This is the player’s fifth year at Merseyside and he has shown how far he has come in this time. The sideway and backward passes have gone and the 25-year-old offers much more creativity.

Opposition teams know that the best way to score against Liverpool is to simply cross the ball into the 18-yard-box where Liverpool’s defenders will not be able to command the area with conviction.

Brunt’s deliveries were obviously brilliant and it’s not a for the first time that the player caused panic for the opposition in this manner – no one has more set-piece assists in the Premier League than him over the last few years.

Mignolet turned the corner towards the end of last season but it seems like he is back to his old best as he got it horribly wrong for West Brom’s opening goal.

If Liverpool have genuine top 4 aspirations, this needs to be rectified at the earliest. 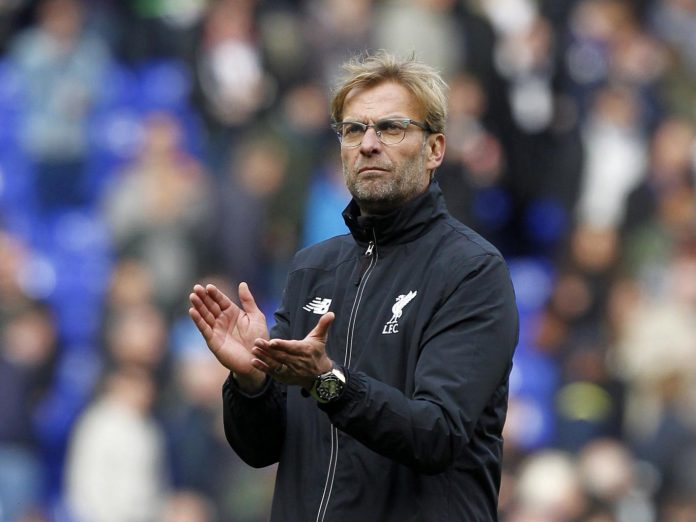 Klopp encouraged the crowd to get louder as Liverpool were trailing West Brom 1-2. Liverpool fans complied and it was definitely the loudest you’ve heard Anfield since the roaring 13/14 title challenging season. The support from the crowd helped as Divock Origi shot from distance in the 95th minute and via a deflection, Liverpool got their much needed equalizer.

Klopp took his players towards the Kop at the final whistle as the Reds linked arms and applauded the fans. This is a common thing done in Germany and Klopp did it regularly with Dortmund. It has been mocked by rival fans but they perhaps don’t realize the depths of it. Anfield no longer is a place rival teams feared coming to and the lack of noise and the special atmosphere the home stadium boasted about a few years back has become a farce. Good on Klopp to try and bring that back as he looks to make Anfield a fortress again!