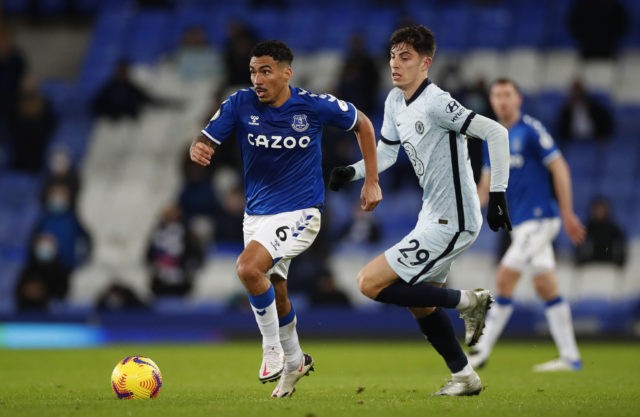 Former Everton midfielder Leon Osman has showered praise on Allan, suggesting other Premier League clubs have missed a trick by not signing him.

Allan was one of the midfielders who were available in the market during the summer transfer window. Carlo Ancelotti returned to his former club and secured his signature, paying a handsome £21.7m fee to Napoli.

The Brazilian defensive midfielder has quickly settled in at his new club and has formed an excellent partnership alongside another summer signing Abdoulaye Doucoure.

Osman has claimed that of all the summer signings made by the club, Allan has impressed him the most. The 29-year-old was outstanding against Spurs on his debut and produced another top-level performance during the 1-0 win against Chelsea last week.

Allan has made 11 appearances in the Premier League this season, and Osman feels other Premier League heavyweights like Manchester United, Arsenal, Chelsea and Manchester City must be kicking themselves for missing out on his signature.

“He does all those jobs a team needs without getting the plaudits. He doesn’t make the highlights.

“He goes about his job and makes everybody around him seem a better player,” said Osman to Liverpool Echo.

“I feel that many teams around – Man City, Man United, Arsenal and Chelsea maybe – are looking at him and thinking ‘we’ve missed the boat here’.”

“He is a player who does all those different jobs that position demands and he is also top quality on the ball.

“Man City had that player with Fernandinho but they have tried to bring in Rodri as his replacement but he’s not quite the same. Man United have tried Fred and McTominay. And at Chelsea, we all know Kante can do the defensive side of it but the question can he play the full role? Allan does that.”

Allan has done remarkably well at Everton, and he could have been a very good signing for the Red Devils as well.

Along with signing a right-winger, signing a defensive midfielder is also a priority for the Red Devils.

Osman is spot on that Allan is not only good at tackling but is equally brilliant on the ball.

The Red Devils do not need another ball-winner like McTominay, rather they are looking at a player who is good at passing from midfield. The likes of Eduardo Camavinga and Sergej Milinkovic-Savic could be good options for the club, but the club probably won’t fix this issue in January.