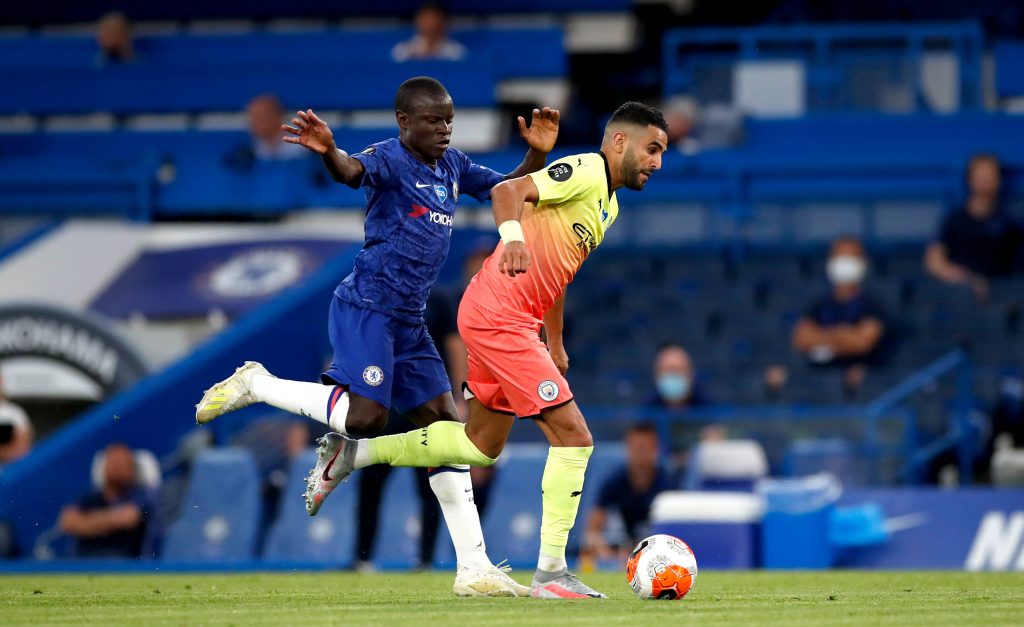 After an exciting round of semi-final fixtures, Manchester City and Chelsea have reached the Champions League final, beating Paris Saint-Germain and Real Madrid.

However, one thing that may go under the radar is the impact that Leicester City have had on the competition.

Leicester failed to qualify for the tournament and went out of the Europa League early on – so how have they impacted the Champions League? Well, here’s how.

Firstly, the Foxes will provide a huge distraction for Chelsea, given that they have to face each other twice in vital games.

The first comes on May 15, when they will contest for some silverware in the FA Cup final on Wednesday. The Blues will be desperate to secure the trophy, having lost in last season’s final against Arsenal.

The pair will meet again just three days later for their penultimate Premier League fixtures. As of now, they both make up the top four with the two Manchester clubs.

However, they are under pressure from the likes of West Ham United and Tottenham Hotspur and could easily drop out.

If Chelsea miss out on a top-four place, it will put extreme pressure on them to win the Champions League final, or else they will have to settle for a Europa League spot next season.

Fighting on three fronts going into the closing stages of the season will be a concern for Thomas Tuchel, knowing that heavy rotation will not be an option. Fatigue and injuries could be a problem going into the clash with Man City.

However, perhaps Tuchel owes his position at Stamford Bridge to Brendan Rodgers’ side. A 2-0 defeat at the King Power Stadium was enough to see former boss Frank Lampard sacked and replaced by the German back in January.

As for Pep Guardiola’s side, they will not have fond memories of their fixture against the Foxes earlier in the campaign. A hat-trick by Jamie Vardy helped humiliate the Cityzens in a 5-2 home defeat.

Almost immediately after this, Man City opened their wallets and brought in Ruben Dias to sort out the backline. The Portuguese has had a brilliant debut season and is one of the frontrunners for the PFA Player of the Year award.

But this isn’t the only way that Leicester impact the final of Europe’s biggest club competition. Both sides own players that made their names at the King Power Stadium.

Man City reached their first-ever Champions League final on Tuesday, and it’s largely down to the brilliant work of Riyad Mahrez.

The Algerian scored three of his side’s four goals over the two legs as they progressed past Paris Saint-Germain in the semi-finals. He struck a free-kick to go 2-1 ahead in Paris and hit a brace in a 2-0 win at home.

Mahrez first arrived at Leicester in January 2014, halfway through their title-winning Championship campaign. It wouldn’t be until much later that he really started to make his name in English football.

The peak of his time at the Midlands side came in the 2015/16 season. During their miraculous burst to the Premier League title, the winger was nothing short of sensational, recording 17 goals and 11 assists. This form saw him win the PFA Player of the Year award, becoming the first African to scoop the prize.

A disappointing follow-up campaign prompted shouts that he was a one-season wonder, but he dismissed this talk with another stellar season in 2017/18, scoring 12 and assisting ten.

In 2018, Man City bought Mahrez for a then-club record £60 million. At the Etihad Stadium, he has won one (soon to be two) Premier League titles, one FA Cup and three Carabao Cups. A win in the Champions League final will complete the set.

Much like Mahrez, Kante was the standout for his side in the semi-finals. He was excellent in central midfield, winning the Man of the Match in both legs of the tie – not easy when you’re up against a midfield three of Casemiro, Toni Kroos and Luka Modric.

The Frenchman signed for Leicester in 2015 following their great escape a few months earlier. Much unknown at the time, he was the club’s replacement for departing veteran midfielder Esteban Cambiasso, who had been crucial in their survival.

It soon became evident that he was a more than adequate replacement, earning plaudits for his dominant displays at the heart of the team. He was widely praised for his ability to win the ball, topping the division’s charts for tackles and interceptions.

Kante only stayed at the Foxes for one season, departing the champions for Chelsea, who had finished in a highly underwhelming tenth.

His impact on both teams was noticeable. Leicester dropped into relegation candidacy before eventually settling in 12th, while Antonio Conte’s Chelsea went from mid-table to champions, with Kante winning PFA Player of the Year.

The 30-year-old will be looking to secure the sixth trophy of his career, having won two Premier League titles, one FA Cup, one Europa League and a World Cup with his country.

Chilwell made three appearances for Leicester during the 2015/16 season, but none of them came in the Premier League, so he did not qualify for a winners’ medal.

The full-back came through the academy at the Foxes and made his breakthrough into the first team in 2016 after a short loan spell at Huddersfield Town.

Jeffrey Schlupp departed for Crystal Palace, and Christian Fuchs was getting older. This gave Chilwell a chance to prove himself, and he impressed.

The Englishman soon established himself as one of the finest left-backs in the league, earning his national team debut in September 2018.

In the summer transfer window of 2020, he was one of several big-money signings made by former Blues boss Frank Lampard. While many underperformed, he made a bright start to his career at Stamford Bridge, scoring two and assisting five in 24 Premier League outings.

Should Tuchel’s men emerge victorious from the Champions League final, it will be the first trophy of Chilwell’s career.