The Spanish La Liga has been caught in a match-fixing scandal ahead of the biggest game of the season next month. The two giants Real Madrid and Barcelona square off at the Santiago Bernabeu on November 21, but now there is a stunning new angle to that match after the news that has surfaced today.

According to the story, which was initially covered by Catalan newspaper L’Esportiu but is relayed here by the Guardian, a linesman has claimed that he was asked to favour the home side in that game. The official did not want to be named, but has made a formal complaint to the anti-corruption investigating magistrate. This stunning discovery has made the front pages of several Spanish newspapers today. 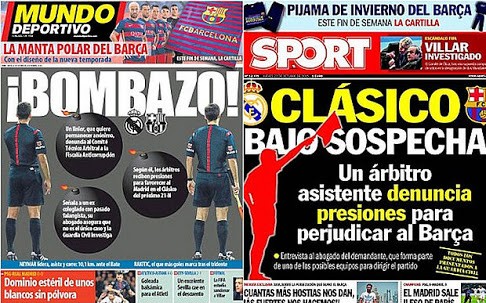 The linesman claims that the pressure was put on him on two separate occasions, once by a fellow linesman and the second via telephone by a member of the Spanish Football Federation’s referees’ committee. The latter individual has allegedly been identified as Jose Angel Jimenez Munoz.

When asked to comment on the issue, Munoz predictably didn’t know what the interviewer was talking about.

The linesman’s complaint has been published through his lawyer, Jacinto Vicente Hernandez, one of the most accomplished sports lawyers in Spain. The only downside from his point-of-view though, is that there is no concrete evidence to prove his case. The telephonic call wasn’t recorded, while the other linesman who attempted to exert his influence hasn’t yet been identified. It therefore remains to be seen whether an investigation will take place going forwards.

According to the complainant though, another linesman has also come under pressure to influence decisions in a similar way.

The El Clasico attracted over 400 million viewers last season with people flocking by the numbers in front of their television screens to watch the two best players in the world in action. Cristiano Ronaldo and Lionel Messi are at the moment head and shoulders above everyone else, and watching them collide and trying to outdo each other makes for some hefty viewing numbers. 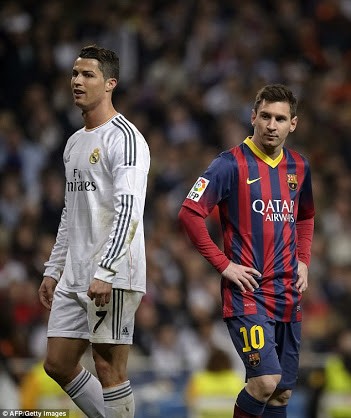 While it does seem unlikely without any evidence thus far, it would be a monumental blow to Spanish football if the linesman’s claims were proved to be true. Commenting on the issue, Barcelona Vice-President Susan Monje said, “I hope it does not prove to be true.

We will possibly discuss at it a meeting of the board. All I can say at the moment is that if it is confirmed, it will be dangerous story in terms of the prestige of La Liga.”

The Spanish league has turned out to be much more competitive than usual this time around, with the top 5 teams separated by only 2 points. Real Madrid, Celta Vigo and Barcelona are all tied on 18 points at the top followed by Atletico Madrid and Villareal on 16.