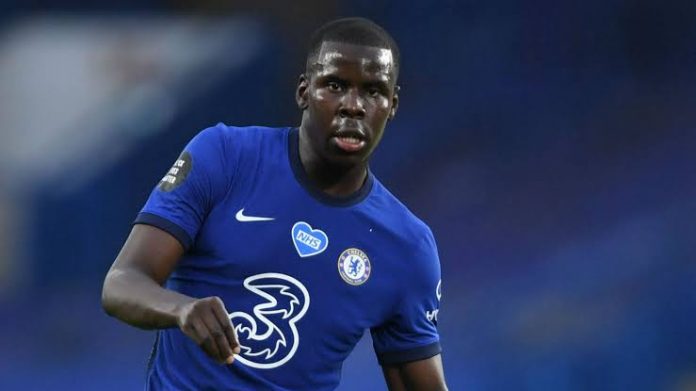 Kurt Zouma, who played alongside Thiago Silva as a central defender in the Chelsea side that defeated Crystal Palace 4-0 before the international break, has opened up on the immediate impact of the former Paris Saint-Germain man on the team.

Speaking to the official Chelsea FC website, Zouma said: “You can see straight away, as soon as he [Thiago Silva] walked through the door at Cobham, he gives advice to the players around him, he’s really good with people and you can definitely see he has very good leadership skills.

“Everyone has welcomed Thiago into the group and we are all happy he’s with us at Chelsea.

“I’m very excited to work with Thiago,’ he added on a personal note, ‘but I don’t think I’m the only one, a lot of the guys here at Chelsea feel exactly the same. We are all excited to play with him and to learn from him. He’s got great experience at the highest level, he’s won a lot of titles and last season he played in the Champions League final.

“For me, he’s got everything. He’s calm on the ball, he can defend very well, his positioning is great. I’m very happy he’s here and excited to learn from him.”

Although the 36-year-old has a lot to offer the backline and the team generally, Zouma, however, believes there is one area in which the others can also help the Brazilian.

“He doesn’t speak English that well just yet but he speaks French, so I can help him with that and so can a few other boys,”  Zouma confirms.

Although Silva’s fellow new signing Ben Chilwell cannot relate in French, he too has found the Brazilian a valuable addition to the team.

“Ever since he came in the building, when he is in the room he has a presence about him, and he makes everyone want to do well and standards will never slip, which they shouldn’t anyway,’ said the Englishman.

“He demands quality and assures the whole team around him so it is great to have him in there with us, and he talks throughout the whole game.”