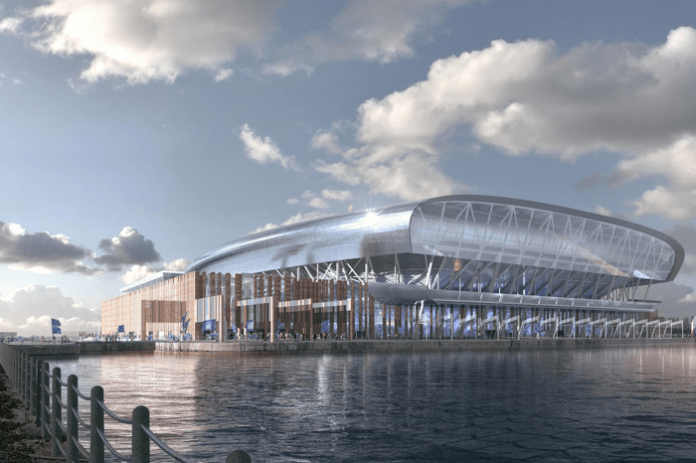 The decision will now go to the secretary of state – Robert Jenrick – for consideration.

Decision will now go to Secretary of State @mhclg for consideration. pic.twitter.com/h2pqoGFpR8

Goodison Park has been Everton’s spiritual home for many years, but now the Toffees can look forward to shifting to the £500 million stadium.

The Goodison Park legacy project is a mixed-use plan for residential, commercial & community facilities including a care home facility.

APPROVED: A detailed planning application for a new 52,888 capacity stadium at Bramley-Moore Dock has been approved by Liverpool City Council.

Our Goodison Park plans are being heard next… pic.twitter.com/h3vDHkh4nu

Former great Everton striker Kevin Campbell has taken to Twitter to express his reaction after the news broke out. He wrote:

This is truly great news for the club. A lot of hard work has gone in to this project already. Well done everyone concerned 💙🙏🏿⚽️💙 https://t.co/F9g5OT1Hvc

The last few days have been fantastic for Everton. First, they secured a derby win against Liverpool at Anfield for the first time in 22 years, and now the new stadium is a big step closer.

Under Carlo Ancelotti, they are making tremendous progress on the pitch, while the new stadium project is a hugely positive sign for the future.

What has been really encouraging here is that the new stadium application has received ‘unanimous consent’ from the council’s committee. It’s a crucial step forward, one that could shape a bright future of his iconic football club.

The new stadium would be the seventh-largest Premier League stadium, and could also potentially increase the capacity to 62,000 in the future.