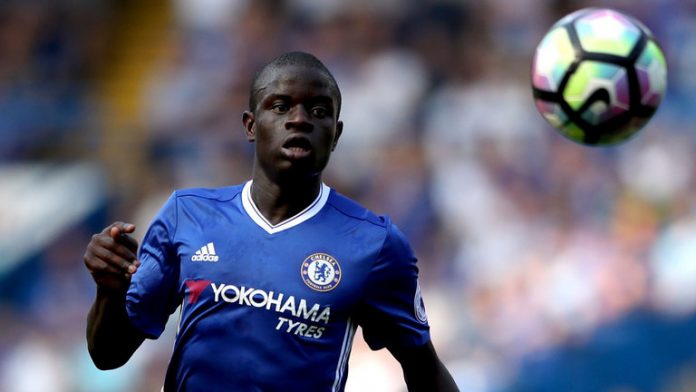 The Blues are currently third in the table, 11 points behind leaders Manchester City who snatched a last gasp win over Southampton on Wednesday.

Chelsea are 28/1 third favourites behind City and Manchester United, but two-time title winner Kante believes the battle for the title is far from over.

“The big teams are up there,” he told the Daily Star.

“Manchester City are well ahead, but the other teams are battling. The league is long and a lot can happen.

“We have to take it match-by-match, and we have to be ready to win because it’s not finished.”

Chelsea are back in action on Saturday as they host Newcastle United, while City play West Ham United the following day.

United face the toughest game out of the top three sides as they visit Arsenal on Saturday.

The trio complete their Champions League group games during the week, before embarking on a run of league matches that will test their title credentials.

Watch this video about Man City’s progress in the Champions League:

City are currently 1/10 favourites to lift the Premier League trophy, but the Southampton game showed that it is possible to frustrate them.

With six more league fixtures scheduled during December, this promises to be a crucial month in the title race.

Kante’s experiences with Leicester City and Chelsea over the past two seasons could serve the Blues well as they look to crank up the pressure on the two Manchester clubs.