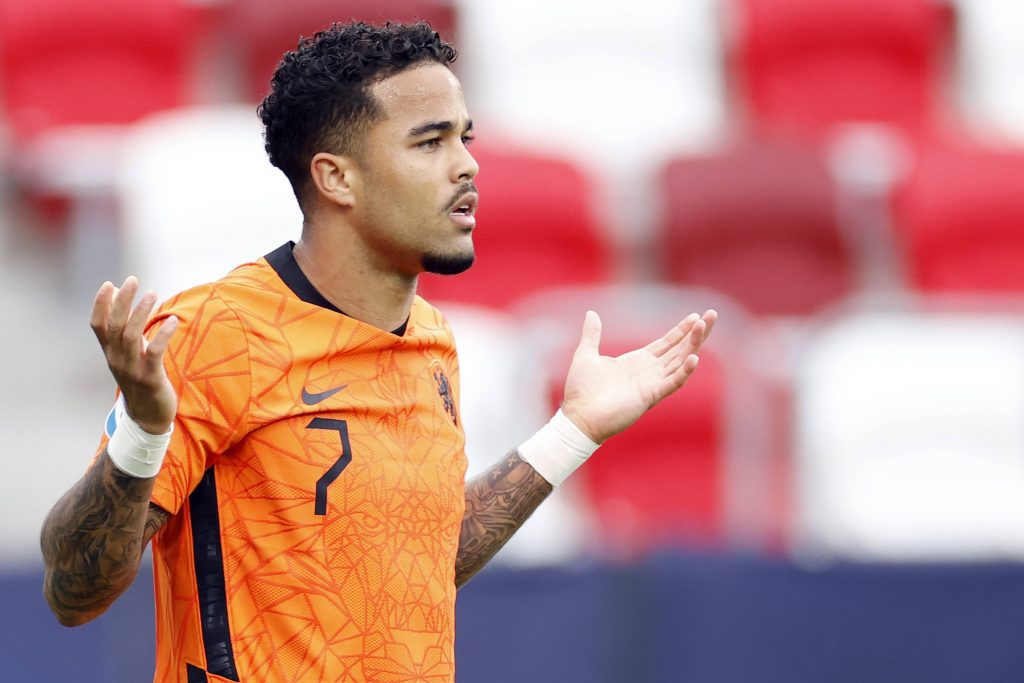 Nice have signed Justin Kluivert from Roma on a one year loan with an option to buy.

As per Fabrizio Romano, manager Christophe Galtier personally convinced the Dutchman to join the club.

Galtier was named Ligue 1 Manager Of The Year 2020-21 after guiding Lille to the title.

Just days later, he announced his desire to leave the northern club and find a new challenge, despite having another year left on his contract.

The 54-year-old was linked with Lyon and Napoli, but Nice was his preferred option and he will be motivated to bring success to Les Aiglons.

Jose Mourinho is continuing to make changes to Roma’s squad following his arrival in the Italian capital earlier this summer.

The signing of Rui Patricio from Wolverhampton Wanderers was the first of many to come.

As per our earlier report, Roma are also targeting left-back Jonny from the Premier League club.

It has been a torrid time for the Spaniard, who only made seven appearances for Wolves last season.

Roma have also made a €12.5 million bid to Palmeiras for left-back Matias Viña.

There’s still no agreement with Palmeiras – but negotiations ongoing. Viña is the main option.

On the midfielder front, Mourinho is keen to bring in Arsenal’s Granit Xhaka.

According to Corriere Dello Sport, Roma and Arsenal have struck an impasse over dealings for the Swiss.

After an unsuccessful stint at Tottenham Hotspur, the Special One will be determined to prove his doubters wrong by bringing silverware to the Stadio Olimpico.