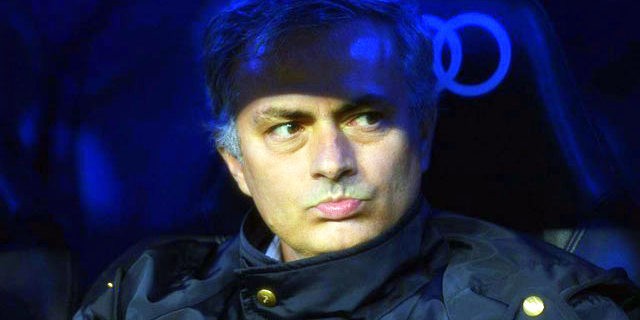 However, it appears as if Christmas has come early this year, at least for Culés and everyone who is not a fan of José Mourinho. Who would’ve thought that the Mourinho-managed Real Madrid is all but out of the title race by December?

Los Blancos are trailing La Liga leaders Barcelona by 16 points. This is actually the worst position the self-anointed Special One finds himself in ever since he departed Porto, probably ever.

Mourinho’s teams usually compete long and hard. The world’s most expensively assembled squad in the history of football, however, has rarely convinced this campaign. Real Madrid dropped a grand total of 14 points in the preceding title-winning campaign, 17 games into the current season and the Merengues have lost 4 games already.

Even the assault for Los Blancos holy grail, La Decima (the 10th Champions League title), has seen them bettered by Borussia Dortmund over two legs. Nonetheless, Real Madrid survived the group of death.

Still, not having topped their Champions League group has eventually led the Madrid outfit being paired with Manchester United in the first knockout round. FC Barcelona would’ve been probably the only tougher draw (though not possible due to country protection).

Nevertheless, José Mourinho actually boasts a winning record against Sir Alex Ferguson, so there’s hope. But records are meant to be broken; some of Mourinho’s records have evaporated ever since he took charge of Real Madrid – most notably his home league run, which eventually came to a halt in February ’11.

A couple of months earlier FC Barcelona demolished Real Madrid 5-0 at the Camp Nou, gifting José Mourinho the worst defeat of his career.

Of course, he also established a few new records along the way, Real Madrid can now boast the highest numbers of goals scored and points accumulated in a single La Liga campaign. But the Blaugrana are on track to at least come very close to match both feats in the ongoing season.

José Mourinho’s tenure at Real Madrid was always going to be entertaining in one way or the other. However, nobody could’ve foreseen the emotional rollercoaster ride Madridistas currently find themselves on – much to the amusement of Culés, since José Mourinho was predominately hired to break FC Barcelona’s hegemony over La Liga and reestablish Real Madrid as the dominant force in Spanish football.

What goes up must come down

Los Blancos return to the summit of La Liga appears to be more flirtatious than continuous love affair. For a team that describes itself as the best team in the world, their supposed greatness hasn’t manifested itself in a UEFA Champions League trophy for a decade now, let alone a final appearance.

At present only Iker Casillas holds the distinction of having won the Champions League with Real Madrid. Men lie, women lie, numbers don’t. Best team in the word? Please.

Witnessing José Mourinho dismantle the Casa Blanca from within is wildly entertaining. The man tasked with restoring order has turned out to be the number one reason why the house is falling in complete disarray in the first place. It speaks volumes of Real Madrid’s contempt of FC Barcelona’s success when they granted almost absolute power to José Mourinho to reestablish the Merengues as the best side in Spain, and to an extent, Europe.

The Special One is usually revered by the supporters of his teams, but hated by all others. He has a way of alienating people. With Mourinho, it’s his way or the highway. Even Real Madrid director Jorge Valdano had to make way for the Portuguese. Everything thus far has been deemed acceptable as long as Real Madrid came out on top of FC Barcelona.

Real Madrid is a self-styled Gentleman’s club. Two and a half years into José Mourinho’s tenure and not a week passes by where the Portuguese is not offending someone, something, somehow. And it all sheds a bad light on the institution Real Madrid. Apparently that’s the price to pay for the ascension back to the paramount of football. Talk about selling ones soul to the devil. 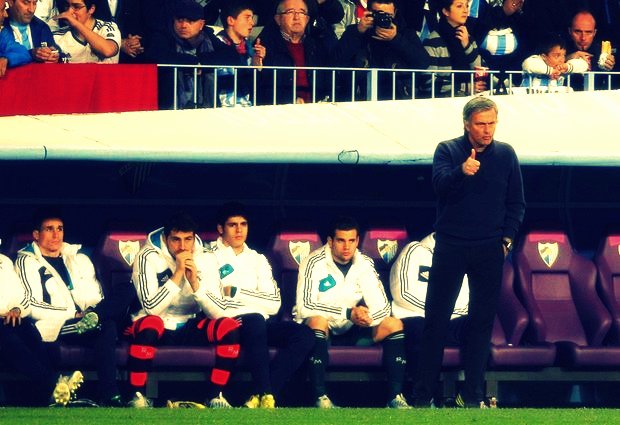 Lately, however, José Mourinho’s behavior seems to have gotten, well, more erratic. The latest in a long line of actions that will probably only serve to speed-up his dismissal, not departure by mutual consent, has been the benching of club captain/icon Iker Casillas in the defeat to Malaga.

Iker Casillas is arguably the best goalkeeper in the world, and has been for years. Therefore, Mourinho’s argument that he was dropped in favor Antonio Adán for technical reasons holds no water. The Casillas understudy has featured in less than a dozen games in the past two years – all meaningless dead rubber ties. The Portuguese manager even went record saying Adán is in a better form.

That’s even a bit lunatic by Mourinho’s standards.

Nevertheless, José Mourinho is a born tactician. To simply assume that he has finally lost it would be far too easy. One is inclined to believe that there’s reason for his madness.

After all, Mourinho signed a four-year contract extension with Real Madrid until the summer of 2016, at an annual salary of €14.8 million. Over the duration of his contract José Mourinho is entitled to almost €60 million. Let’s assume Mourinho were to depart Real Madrid by termination of contract by mutual agreement at any time – how large would his compensation package be?

Conversely, if Real Madrid unilaterally terminated his contract – he’d definitely stand to receive a larger share of what he is owed under preexisting terms.

Twelve years ago Chelsea signed Dutch defender Winston Bogarde to a substantial contract, to the effect that while unwanted by the incoming Claudio Ranieri, he decided to literally sit out the duration of his contract as he felt he was entitled to ‘his’ money.

The cynics are free to believe that a high-profile and in-demand manager like José Mourinho is not sitting out anything, but not forgoing a massive payday either. Whereas the Portuguese manager finds himself with his back against the wall for sporting reasons, Real Madrid finds itself in a tricky situation due to financial obligations to the tactician.

Sticking with Mourinho and risk further detriment or dispose of the tactician and pay perhaps the biggest compensation package in the history of the sport?

Thinking about it, Charlie Sheen comes into mind. Once the highest paid actor on television for his work on Two and a Half Men, he went on a rant about the show’s creator, got fired, received a massive compensation, subsequently hired with another network and is slated to earn even more money.