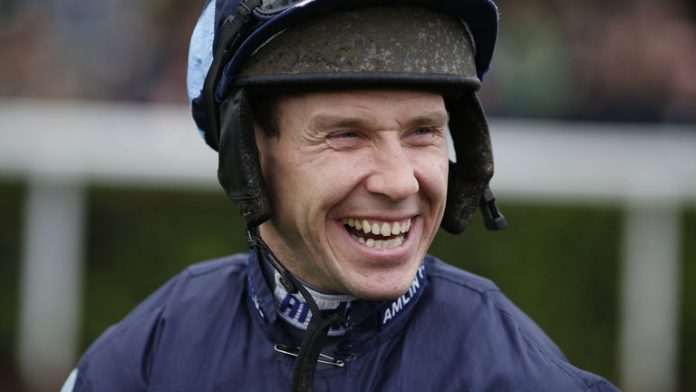 Richard Johnson says it would be “a dream come true” to win the Grand National for the first time in his illustrious career.

The three-time champion jockey has never won Aintree’s big race, with two second place finishes aboard What’s Up Boys (2002) and Balthazar King (2014) the nearest he has come to breaking his duck.

Johnson rides the Philip Hobbs trained Rock The Kasbah in this year’s renewal and the nine-year-old holds a genuine chance of giving the jockey and trainer combination their first victory in the race.

Rock The Kasbah’s performance in winning at Cheltenham back in November saw his odds slashed for the National and Johnson believes his mount will be ideally suited to the course at Aintree.

“It doesn’t matter where you go, people know what the Grand National is, so to say you’ve won it would be a dream come true,” he told Betway.

“Through last season we felt that Rock The Kasbah was that type of horse and this year, after his win at Cheltenham, he has definitely put himself right in the picture.

“He’s been trained for the race and it definitely is a burning ambition to win it. It would be amazing to win it, because it would give my kids the chance to tell their school friends that their dad won the National.”

No jockey in history has had more tries at winning the National than Johnson, with this year’s ride being his 21st attempt to scoop the prestigious prize.

Rock The Kasbah has been hugely consistent during his chase career and has never fallen in 13 races over the bigger obstacles.

He has run well over marathon distances at Sandown and Cheltenham and should be capable of staying the trip in the National.

Last year’s winner Tiger Roll is favourite to repeat the trick this time around, but Rock The Kasbah holds a solid chance and it would be foolish to underestimate him.

Johnson struggled for recognition when legendary jockey AP McCoy was around, but a victory in the National would cement his status as one of the sport’s greats.