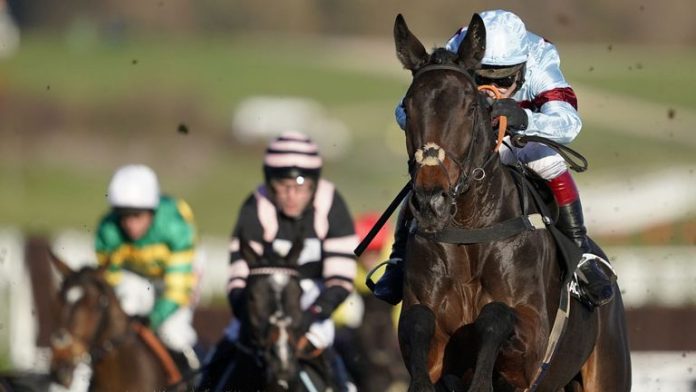 Leading jockey Richard Johnson is eager to secure a fairy tale victory for trainer Kayley Woollacott at the Cheltenham Festival.

Johnson will ride Lalor in the Arkle Chase, with Woollacott’s stable-star amongst the favourites for the two-mile race.

The Devon-based trainer has endured a difficult 14 months following the death of her husband, Richard, back in January 2018.

He succumbed to mental health issues, resulting in Kayley moving from her own point-to-point stable to take over his training operation.

She immediately made a splash, with Lalor winning a hurdle at the Grand National meeting before demolishing a good field on his chase debut at Cheltenham during November.

The horse was subsequently defeated on unsuitable ground at Sandown, but Johnson insisted in a recent interview with Betway that the horse would bounce back at the Festival.

“He did a nice piece of work over two miles at Exeter,” he said. “It was great for him to have an away day without the pressure of a full-blown race day – he felt really well and I couldn’t be happier with him.”

Lalor hasn’t run since the Sandown race, with Woollacott resisting the temptation to risk the horse on unfavourable ground at Doncaster earlier this year.

The seven-year-old will face some tough opponents at the Festival, with the likes of Duc Des Genievres, Glen Forsa and Kalashnikov amongst a talented line-up.

However, Woollacott believes that her late husband’s eye for quality has left her with a superb opportunity to land what would undoubtedly be a popular success with racing fans.

“When Richard turned up with Lalor, he asked me to go and have a look to see if I liked him because I didn’t go with them to view him,” she said.

“He was just very big and very leggy, but I think Richard saw the potential there.

“He’s got a lot of size and scope to him and, I know it sounds silly, but he’s got a very kind face which has always been a big thing for us. We like horses that look genuine and honest.”