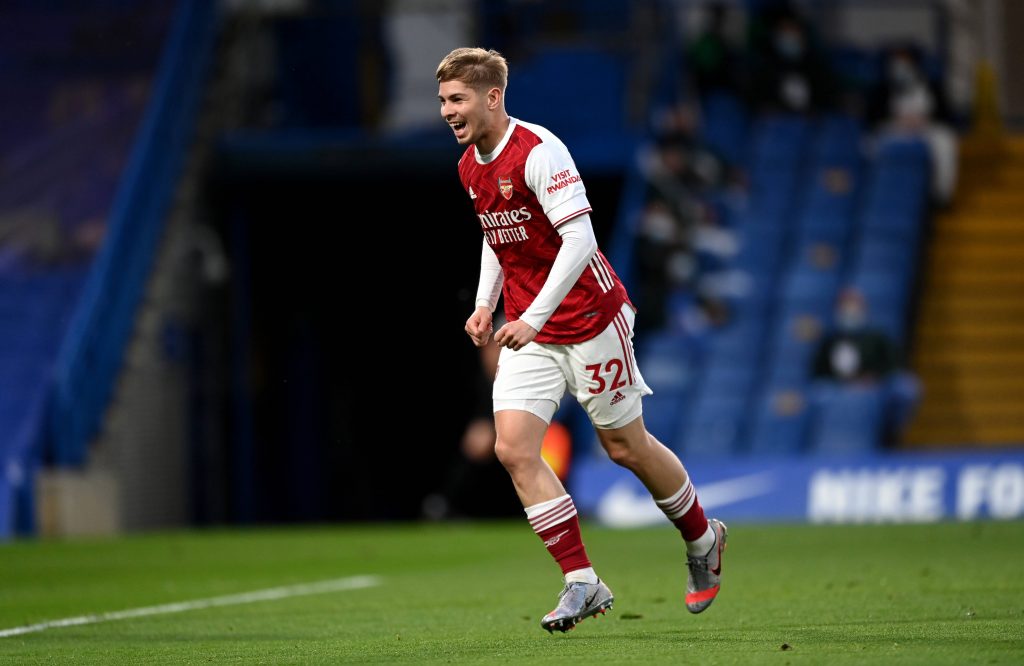 Jamie Redknapp hailed Emile Smith Rowe as the best player on the pitch during Arsenal’s 1-0 win at Chelsea on Wednesday.

The north Londoners edged past their much-fancied opponents courtesy of a Pierre-Emerick Aubameyang goal who cashed in a mistake by Jorginho.

“I thought he was excellent today,” he said. “He didn’t get man of the match, but I thought he was the best player on the pitch. He made things happen and everything he did, he did it with a purpose.

“He played in a team that pretty much sat back and defended for the whole game, but I thought he was exceptional, and he has been like that all season since he got into the team.”

There was further praise from someone who has a connection to both clubs – Ashley Cole.

“Smith Rowe was always the outlet – always showing that energy to press and win it back for his team and also showed those moments of quality,” he said.

The youngster’s emergence into a dependable presence has been one of the highlights of the season. His partnership with Bukayo Saka has proven to be particularly fruitful for the Gunners.

Playing in his usual role behind the striker, Smith-Rowe was a livewire and looked to create something every time he had the ball. Also, his willingness to track back and help the defence was heartening to see.

The Englishman put in a tackle around the 90th minute, which highlighted his commitment and perseverance.

It was his contribution that led to the win, and that has been the case in many of the Gunners victories recently.

Arsenal kept up their hopes of qualifying for European football next season after beating their local rivals.

With Smith Rowe in their ranks, they can continue pushing until the end of the season.