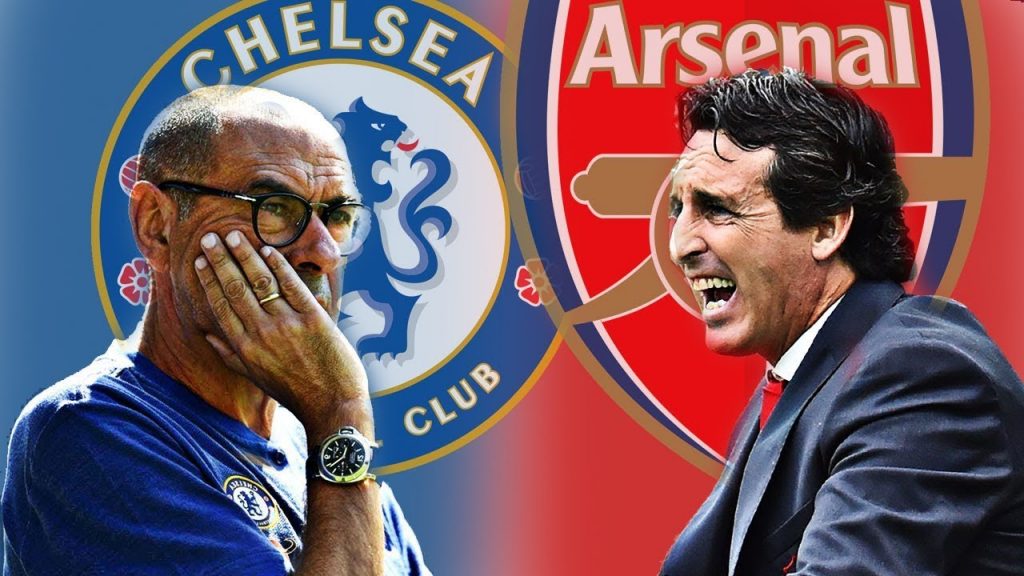 Arsenal host Chelsea at the Emirates Stadium later in the day and a tough derby is keenly anticipated between both London sides.

Only six points separate fourth-placed Blues from fifth-placed Gunners, and today’s game could have a huge say in the respective finishing positions of both sides at the end of the campaign.

Arsenal manager Unai Emery will be looking to help his side to a Champions League spot, and the clash against Chelsea could make all the difference.

Arsenal legend Martin Keown and his Liverpool counterpart Jamie Carragher both believe losing to the Stamford Bridge outfit could end the Gunners’ chances of finishing in top-four.

“Lose and Arsenal risk this season sliding away from them,” Keown wrote in the Sportsmail.

“I wrote at the start of this season Arsenal would have to suffer short-term pain before it gets better. Then they went 22 games without defeat,” Carragher wrote in Telegraph.

“They did not look convincing in that run, riding their luck at times. Unless they defeat Chelsea this weekend, the top four looks beyond them.”

That both former defenders agree that Arsenal’s top-four chances rest on the result against Chelsea is a big deal, and Emery and his men must prove their Champions League credentials in such a crucial game.

The Emirates crowd will be solidly behind the team, and if they can replicate the performances they put in at home against Tottenham and Liverpool, getting the better of Chelsea is very much possible.