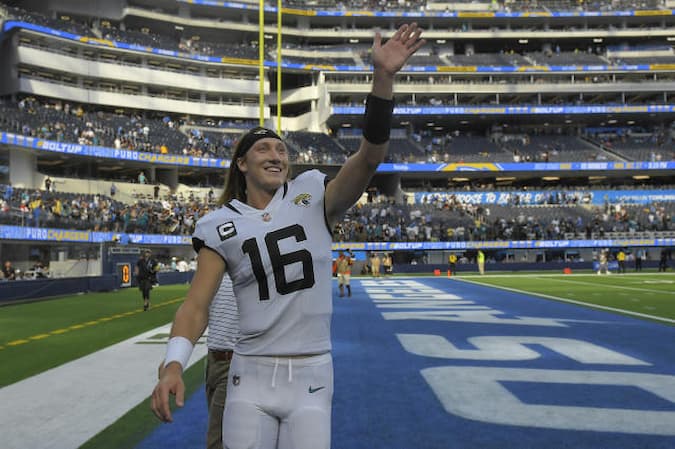 He’s drastically got better as time has gone on, and now he’s the AFC’s Offensive Player of the Week.

Trevor Lawrence named AFC Player of the Week for the first time in his career
📈📈📈 pic.twitter.com/ACwJVLhSDV

Lawrence received the honour Wednesday morning, for his performance in a 38-10 victory over the Los Angeles Charges at SoFi Stadium in California. It was Lawrence’s second consecutive efficient performance and a second dominating Jags win in a row.

The No. 1 overall selection in the 2021 NFL Draft, completed 28 of 39 passes for 262 yards and three touchdowns with no interceptions against the Chargers. In last weekend’s 24-0 win over the Indianapolis Colts, Lawrence completed 25 out of 30 passes for 235 yards and two touchdowns.

Trevor Lawrence has been named AFC player of the week.

Lawrence was a huge helping hand in the Jags being the team with the most points in Week 3 (38).

Lawrence six-one touchdown-interception differential this season in second in the NFL and he has thrown at least one touchdown pass in a career-high five consecutive.