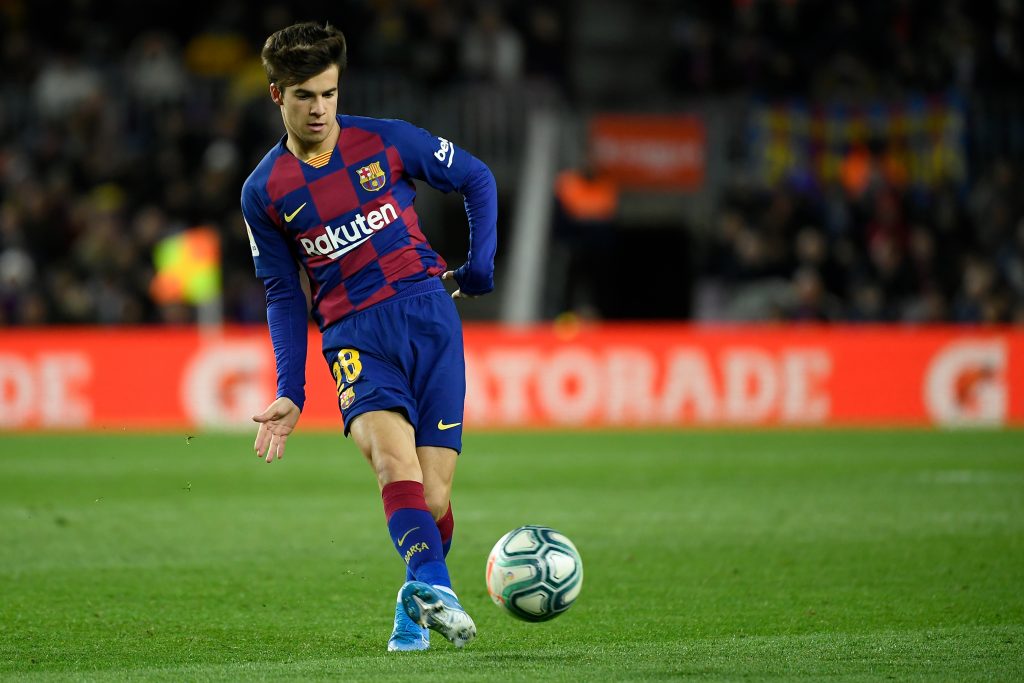 Ronald Koeman’s return to the Camp Nou hasn’t exactly gone to plan. After opening with emphatic wins over Villarreal and Celta Vigo, Barcelona have hit the buffers.

In fact, La Blaugrana have accumulated just two points from their last four league games – their worst run since April 2016. They currently find themselves in 12th place, eight points behind arch-rivals Real Madrid.

Being a legend at the club, Koeman is more likely to have the patience of the fans. His willingness to use youth has helped his cause.

Ansu Fati is already looking like one of the club’s superstars, while 17-year-old Pedri is making a name for himself with a series of impressive displays in a Barcelona shirt.

However, there is one youngster who Koeman has seemingly forgotten about, and that is La Masia graduate Riqui Puig.

The young Spaniard made his breakthrough into the first-team set-up under Quique Setien last season. And, post-lockdown, Puig delivered several top-class performances at the heart of midfield, often outperforming some of Barcelona’s biggest stars.

He was bold, unafraid and, most importantly, he was an outstanding player. These are some qualities that helped him become a popular figure among the supporters.

It was thought that this season could’ve been a huge one for the 21-year-old. However, this hasn’t materialised.

Puig has played just three minutes all season, falling behind the likes of Frenkie de Jong, Sergio Busquets, Miralem Pjanic, Philippe Coutinho, and Pedri in the pecking order. He was left out of the squad entirely for the draw against Alaves, with Koeman citing a “technical decision” for his absence.

And, rather unsurprisingly, it was another lacklustre performance in central midfield from Barcelona. They lacked mobility, invention, and penetration, with their only goal coming from a fortunate ricochet which found its way through to Antoine Griezmann. Something needs to change.

Riqui Puig is the type of player that we have seen regularly play for the Catalan giants: he’s composed, good on the ball, energetic, an excellent dribbler, and he can pick a decisive pass.

His performances last campaign drew high praise, with some even comparing him to Barcelona legend Andres Iniesta. He could – and probably should – be a massive part of the future at the Camp Nou.

If he doesn’t fit the system that Koeman wants to play, then the manager probably isn’t the right man for Barcelona.

We don't deserve players like Riqui Puig. Players who are dedicated to this team more than anyone and they get dropped everytime. These players will shape our future, I'm happy that koeman uses Pedri and Trincão but he hasn't even given Riqui a chance to prove himself. WHY? 👀 pic.twitter.com/AvV6d7di10

Ronald Koeman takes charge of his side against Dynamo Kiev and Real Betis in the upcoming week. In both games, he will be expected to deliver three points and nothing less. These could be the perfect games for the Spaniard to stake his claim for a starting spot.

Pjanic and Busquets have both been excellent players over the years, but their best days are behind them. They may be technically capable, but their lack of energy could be holding La Blaugrana back.

The youthful, more dynamic Puig could bring back some dynamism to the Barcelona midfield, and also help keep some of Koeman’s doubters quiet.