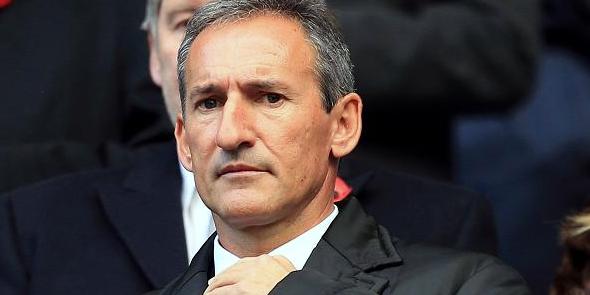 The role of a Sporting director in football is one of the major changes that has slowly spiralled into top English clubs, a trend that has been existent in Europe and USA. Manchester City, Chelsea and Tottenham Hotspur are some of the top clubs in this country that have a sporting director in place and many believe that a lions-share of the club’s recent success in the transfer market and in turn on the pitch, is down to the such radical appointments.

In European football, positions like Technical Director, Sporting Director, Manager and Director of Football have specialized roles attributed to them. In England, these are all intertwined and sometimes the interference is unwanted.

By the very term of it, the role of a Sporting Director will be a person, who will supervise the sporting side of a team. But, it is much more than that. A sporting director will have the potential to cut his teeth across various fields like business, coaching, marketing and media side of a football club too.

European clubs like Ajax, Borussia Dortmund, Udinese and FC Porto all have a commanding sporting director in place and there’s hardly any need to brief on their success stories. These people are usually the Jack of all Trades working behind the closed doors. They have great contacts, sound knowledge of player recruitment, knowhow and overview of players on a worldwide scale and have a solid understanding of their true market value.

Since, transfers or buying right kinds of player is the first and foremost thing a club needs, therefore the role of a sporting director is very highly valued. For instance, it is obvious that a manager/or a coach who focuses on training and match preparations doesn’t necessarily have a huge database of talented players worldwide while a chief scout will hardly have much knowledge about their market values. Similarly, managing or commercial directors of the club like Ian Ayre of Liverpool mainly have a sound knowledge on commercial aspect of things but since they don’t hail from a football background, they are of little use in transfer dealings. For these reasons, able directors like Franco Baldini at Spurs and Txiki Begiristain’s at Manchester City are so important for their respective club’s success in a tight market this summer.

However, placing it in juxtaposition with clubs like Manchester United and Arsenal and comparing the differences would be foolish. Traditionally in England, owners enjoy the supreme power, followed by the club’s manager. It is the sole charisma of the managers that has left a burning legacy for the club, the league and the country as well. People like Bill Shankly, Bob Paisley, Brian Clough and Sir Alex Ferguson are some great examples of such lineage of great managers to have graced this league.

In case of United and Arsenal, both Ferguson and Arsene Wenger had relied/relies entirely on the club’s excellent scouting systems and got themselves actively involved mostly while doing any negotiations. There are odd failures but it comes nowhere in comparison to the successes these two gentlemen have achieved.

The study of the samples is so large, as their career spanned over decades, we can say with certainty that such system indeed worked.

Even imagining a person advising Ferguson or Wenger which players to buy or not is unthinkable (not that it has never happened). The owners of the club would think zillion times before scrapping that foolish yet drastic step because those people, Fergusons and Wengers have proved their mettle in the market over decades – they’re that powerful. Put simply, in England, by giving the full power to the capable managers has worked.

They would never have people working on top of them guiding what to do and what not. Even a new manager like Brendan Rodgers, who is highly knowledgeable and confident, rejected such offers of having to work under a sporting director.

Of course, there are pros and cons to it, because, every manager has his own ideas. Every manager likes to have players of their own choices. With sporting/recruiting director in place, sometimes a manager has to field players which are not his choices or the opposite can also happen. A manager finds a player worthy but he is not good enough in comparison to another player suggested by the director. Roberto Mancini had this problem throughout of last season. It is often very tough to find the right balance of thinking among a manager and a director, which when achieved, could pay off huge dividends for the club in the long term.

Many have also pointed out that the success Spurs and City have enjoyed in the summer so far. While Arsenal and United may have struggled but one single transfer window is not enough to form a cogent judgment.

It is very easy to implement such systems at clubs that are lurching in fresh directions, but very hard to replicate at clubs where a traditional system has proved to be one hell of a success story not only in this country but Europe as well.

Having said all this, there can be no denial of the fact that indeed having a sporting director at the club, working in tandem with the manager really helps.

The power can still rest on the manager while a sporting director can merely work as a helping hand behind the scene. Striking the right balance is the key here. It is all about having a good understanding and given time it can work. It has worked outstandingly well elsewhere. Why not in this country?

For instance, it would have been an ideal scenario for Manchester United to appoint a sporting director, now that Sir Alex Ferguson has retired. A new system has been implanted under a new manager. So, to shake up the antediluvian shackles of yore and embrace the path of a new direction; Moyes (who doesn’t have enough experience managing big clubs before) could have reaped the benefits having a recruitment adviser by his side. Conjecture, but the idea cannot be rejected outright.

Likewise, it will be interesting to see, how Arsenal approach the matter after the retirement of Wenger. One transfer window is not the perfect parameter for judgment, but it has given an indication that clubs like City and Spurs were well prepared before delving in the transfer market, than Arsenal or United.

Liverpool had a director of football at their club, Damien Comolli, who worked with Kenny Dalglish and was instrumental in recruiting players. Though, Liverpool added few names like Stewart Downing, Jordan Henderson, Andy Carroll etc, may be a transfer strategy to buy home grown players, the Reds paid over the odds for each of them, failing to evaluate their true transfer worth.

That’s why, it is important to have someone, who not only has the necessary contacts to bring in good players, but a sound knowledge of the market price as well. Will we see more of these figures in English football in coming days?