Is Spain Becoming A Parody Of Itself? 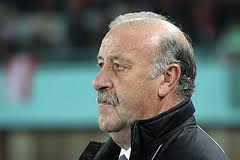 Spain are through to the Euro 2012 quarter-finals after a tense victory over a hard-working, skilful Croatia side on Monday night. Spain spent most of the match though knowing a goal on the break from Croatia could knock them out the tournament and defensively they looked ropey throughout the evening.

They were fortunate not to concede two penalties, firstly when Sergio Ramos got the ball but also imbedded his studs on Mario Mandzukic’s ankle and when Sergio Busquets hauled down Vedran Corluka when he was set to perhaps score a match-winning header, while Ivan Rakitic had a header six yards out saved and the Spanish full backs on several occasions were woefully out of position.

Spain eventually won on an excellent counter-attack which saw substitute Jesus Navas be the saviour by whacking the ball in the net from a yard with the keeper stranded. But their overall performance was slightly lethargic and nervy. They’re clearly currently not in World Cup and European Championships winning form.

But what for me was notable from the match was at times just how silly Spain looked by trying to walk the ball into the net and their refusal to shoot from outside the area. With ten minutes to go Busquets is in the penalty area with Spain needing a goal to quench the nervous gulps of Spanish saliva 15 yards out with enough time and space to get a good shot off. Instead he passes to Cesc Fabregas and the move breaks down.

Two minutes later, Busquets is in an even better position, leading a 4 on 3 counter attacking raid on the Croat goal. He’s in an excellent position to shoot and score, but again turns away from goal and gets tackled by Darijo Srna. To quote The Guardian’s Rob Smyth it was the moment when ‘Spain officially became a parody of themselves’.

Their refusal to change styles is in one sense admirable. To simply not change their approach whatever the match, whatever the players and whatever the circumstances is a sign of character. It’s perhaps that strength of character and rigidity of approach that has seen in the form of Spain at international level and Barcelona at club level the nurturing of two of the greatest sides of all time.

But its increasingly looking like not strength of character but sheer stubbornness. Spain and Barca (both sides have similar though not identical playing styles) have been found out recently. Chelsea against Barcelona in the Champions League and to a lesser extent England in their friendly victory showed how packing the defence and taking your chances through sparse forays forwards and set pieces can be successful. Real Madrid against Barca and Croatia and Italy against Spain in the ongoing Euros have troubled and got good results from excellent counter-attacking football and not just all-out defence.

Aside from a decline in results, aesthetically Spain has become less of a spectacle to watch. Look back to Euro 2008, when Spain played at a higher pace and though a side built around Xavi, Iniesta and superb ball retention, they were quicker, not so obsessed with walking the ball into the net and as a result a wonderful team to watch. In their pomp (which may have passed) they were a treat to watch.

But watching this current Spanish side playing at a slower tempo, passing the ball supremely but without the speed and incisiveness of yore has become a bit of a bore. When they get the ball around the halfway line you know they’ll keep possession and with the opposition playing deep and Spain in no rush to attack matches tend to drift into a tedious stalemate. Spain are like a tube of Pringles – they taste great at first but quickly become cloying.

Their habit of not shooting and constantly passing around the penalty area can be very frustrating to witness and gives off the feeling Spain are always playing within themselves. That said, there are reasons for this. The more time they attack, the less time they have to defend. Denying the opposition the ball is as much a defensive tool as an attacking one. The lack of tempo relative to what they were like a few years ago allied to their high rates of possession does make for a rather cautious, risk-free approach and is perhaps why Spain games don’t see vast quantities of goals. Why Spain in winning the World Cup won all their knockout games 1-0.

There is the sense when Spain pass up the umpteenth opportunity to shoot to pass it around the penalty area that Spain are turning into prog rockers, playing thirty minute ‘symphonies’ that don’t go anywhere in ludicrous fancy dress with pomposity and a bloated sense of its own worth. When Busquets passed up that opportunity to score, when Spain lined up against Italy and Ireland with no out and out striker Spain were verging into self-parody.

That’s not to suggest that Spain should turn into John Beck-era Cambridge United and play brutal long ball football. But someone like Fernando Llorente, a strong centre forward who can hold the ball up and provide Spain with the aerial presence they sorely lack should be utilised more. In the Croatia game the match was crying out for Llorente to come on, hold the ball up, pin back Croatia and give the Spanish midfielders more time to join attacks. Instead Vicente Del Bosque put on Cesc Fabregas as a ‘false nine’ (someone who’s notionally a striker but in reality drops so deep as to become an attacking midfielder)

Now that substitution seemingly worked because Spain eventually went on to score. But given how Croatia, needing a goal to stay in the competition were flooding forward by this stage I wouldn’t start rewarding that particular substitution to the heavens.

Spain are still an outstanding side. They are reigning European and World champions, have the most talented group of midfielders probably ever assembled in a squad and are a superb team. But they are not as good as they should be. A few extra shots on goal, a quicker tempo, taking a few more risks could see them progress from the functional side they are now to a rip-roaring juggernaut that doesn’t just win 1-0 but sweeps all before it.

As a neutral fan, I hope we see it. 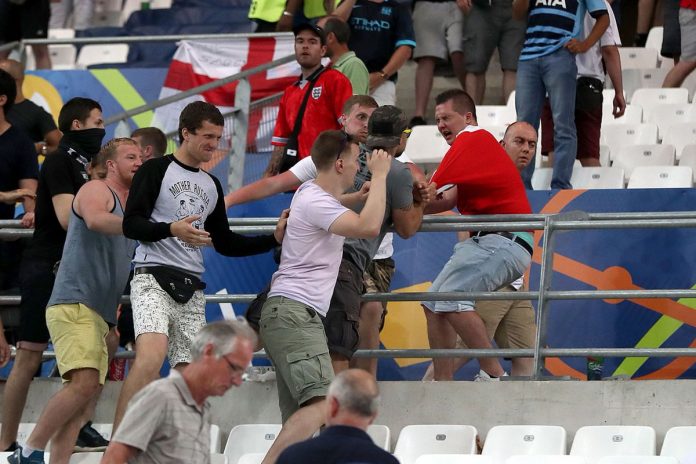