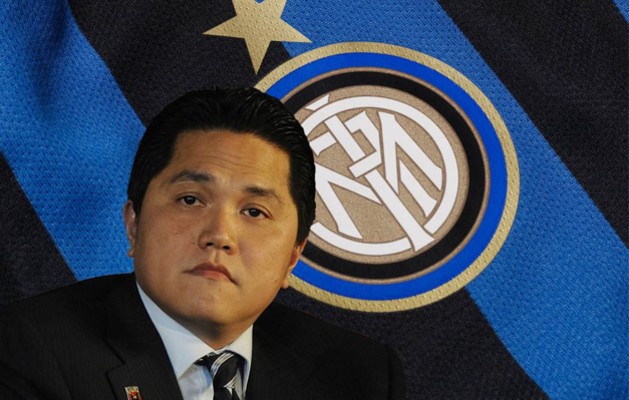 Next season will be revolutionary for Inter Milan. In the last match of the 2013-2014 campaign, four club’s legends have played their last match for the Nerazzurri: Javier Zanetti, Esteban Cambiasso, Walter Samuel and Diego Milito.

Zanetti will be the club’s vice president from next season. Esteban Cambiasso might be substituted by Napoli midfielder Valon Behrami, while a substitute has been found already in central defence: Nemanja Vidic will join the Italian club as free agent from July.

What about a replacement for Diego Milito? Former Genoa and Zaragoza striker was at Inter Milan since 2009 and have scored 64 goals in 127 appearances. The most important are definitely the two against Bayern Munich in the Champions League final at the Santiango Bernabeu in 2010.

According to the Italian press, the #1 target of new president Erik Thohir is the Spanish Fernando Torres who hasn’t quite impressed former Inter Milan manager Jose Murinho at Chelsea. Torres will also have less space from next year as the Blues will definitely sign at least one new striker (Diego Costa or Edinson Cavani?).

Minor rumours are pointing at Manchester United Javier Hernandez as another option, in case negotiations for the former Atletico Madrid striker won’t be satisfying.

There is no doubts that both of them could be good signings for the Nerazzurri. Strikers from Premier League have shown in the last few years, how easily they can adapt to Serie A football, a less demanding championship from the physical point of view. Carlos Tevez (Juventus) and Gervinho (AS Roma) are reborn after one season in Serie A.

The big problem behind those two names, and, in general, behind any big name connected to Italian football is the lack of cash of the Serie A clubs. Following the Italian rumours, President Thohir should meet the Chelsea board next week in London, asking Fernando Torres on loan and also investigating over the possibility of Chelsea to pay part of the salary of the striker, which is too high for Inter Milan possibilities. It is pretty unlikely that Chelsea will negotiate at these conditions, for three main reasons.

1.Even if Fernando Torres won’t be in the Blues’ plans from next year, he is still a player for whom Chelsea can reasonably think to get some money from, especially after paying £50m for him in January 2011.

2.The arrival of a new, expensive, striker at Stamford Bridge will oblige Chelsea to take a look at the economical assets of the club, avoiding bans and penalization for breaching of the new UEFA Financial Fair Play.

3. Eventually, the Spaniard could also remain at Chelsea and let  Samuel Eto’o go instead, after the striker’s recent critical comments over manager Jose Mourinho.

This kind of low cost operations are more likely to have an happy ending in the last days of the market, rather than in the early stages, especially when big names are involved. Erik Thohir will need some cash to convince the West London club to sell Fernando Torres, maybe £15m. Plus he will have to convince the player to reduce his salary.

It is also believed that Inter Milan board will ask information about the Nigerian midfielder John Obi Mikel, but the problem will still be the same: no cash, no transfer.