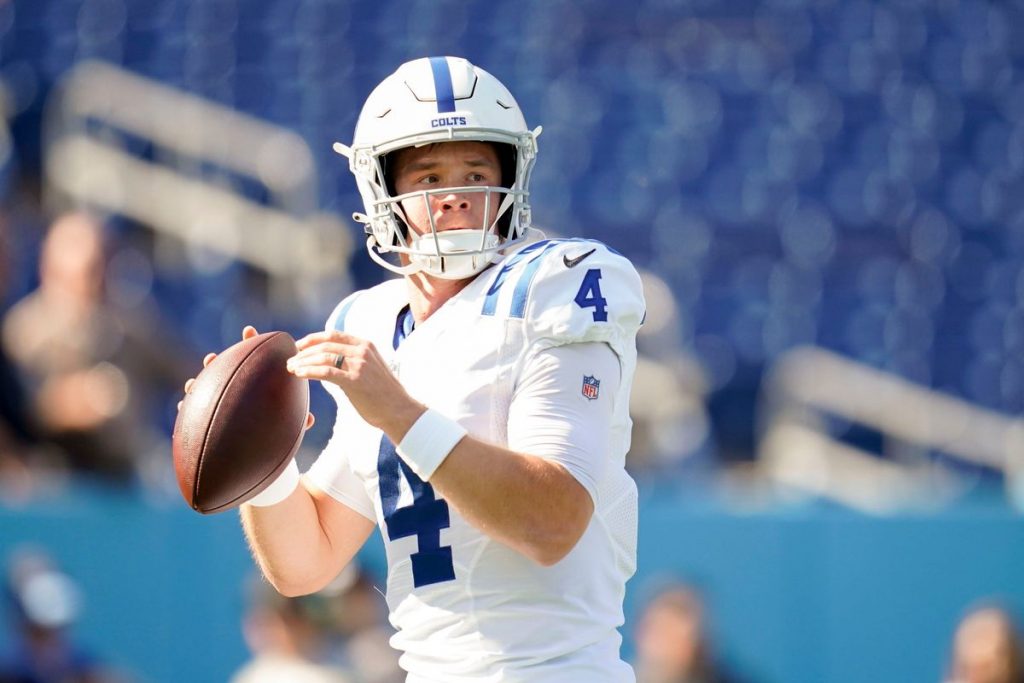 Indianapolis Colts quarterback Sam Ehlinger has been named the starter for the remainder of the season.

This comes as quite a shock to fans of the former starter Matt Ryan. Ryan was traded from the Falcons to the Colts this past off-season. He was set to become the starting quarterback they desperately needed after they traded Carson Wentz to Washington.

After seven weeks of the season, the Colts decided it is time for a change. Matt Ryan is leading the NFL in interceptions with 9, and head coach Frank Reich decided to switch things up to save their season. Ryan is currently battling a shoulder injury, but Reich said the change was not injury related.

To clarify: the Colts are making the switch at QB regardless of Matt Ryan’s injury. The plan, as of now, is for Sam Ehlinger to be the starting quarterback the rest of the season.

The Indianapolis Colts, who are +140 to make the playoffs according offshore sports-books, are now turning to second year quarterback Sam Ehlinger out of the University of Texas. His skill set, however, is arguably the exact opposite Matt Ryan. Ehlinger is very mobile. In college, he was known for his mobility as he had 1,903 rushing yards in his four years at Texas.

The Colts are now moving away from their old ways by obtaining older veteran quarterbacks. They have always relied on their re-vamped offensive line, but this year their line is one of the worst in the NFL.

So maybe going to a more younger and more mobile quarterback was the right decision. However, Ehlinger has yet to throw an actual NFL regular season pass yet, so it will be interesting to see how he performs.

Nick Foles is now the backup to Ehlinger with Matt Ryan basically being shut down for the rest of the season.