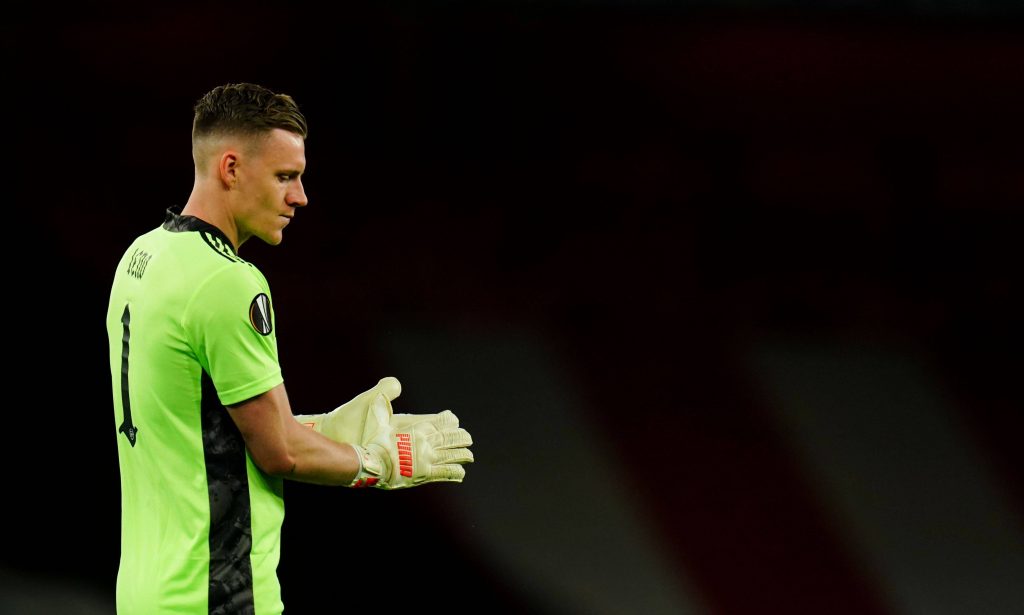 Arsenal goalkeeper Bernd Leno has suggested he would be open to a ‘new adventure’ when his contract expires in two years.

The German shot-stopper signed for Arsenal in 2018 and has since established himself as the number one choice in goal, having made 41 appearances so far this season.

However, he is currently part of an underperforming Arsenal side that have come under fire of late.

Despite the 3-0 win over Sheffield United, the Gunners sit ninth in the Premier League, and Mikel Arteta’s future as manager has even been questioned.

Having being asked about his own future beyond his current contract, Leno has suggested he would be open to a ‘new adventure’ when his current deal expires.

“It’s not the time to speak about the future,” Leno explained, as quoted by Football London.

“I know that I still have two years left on my contract, and I’m also 29. For a goalkeeper, that’s not too old. I’ve still got some years to go.

“I’m very happy at the club. I don’t know what will come in the future, but I’m open to everything. Maybe for a new adventure or to stay at Arsenal.

“Like I said, I don’t think about my future because two years is a long time. At the moment, there are no conversations with the club or anything else.”

SL View – Should Arsenal fans be worried about Leno’s comments?

While these kind of comments are not exactly going to inspire confidence, there is little for Arsenal to worry about in the short term.

As Leno states, two years is a long time, and Arsenal could even be in a position to attract better players by the time the German potentially leaves.

Players like Jan Oblak could even be open to leaving his current club around that time, which would represent an upgrade.

There is also plenty of time for Arsenal to agree an extension, should Leno continue to impress.

For now, the German goalkeeper will be focused on helping Arsenal out of the slumped position they currently find themselves in.