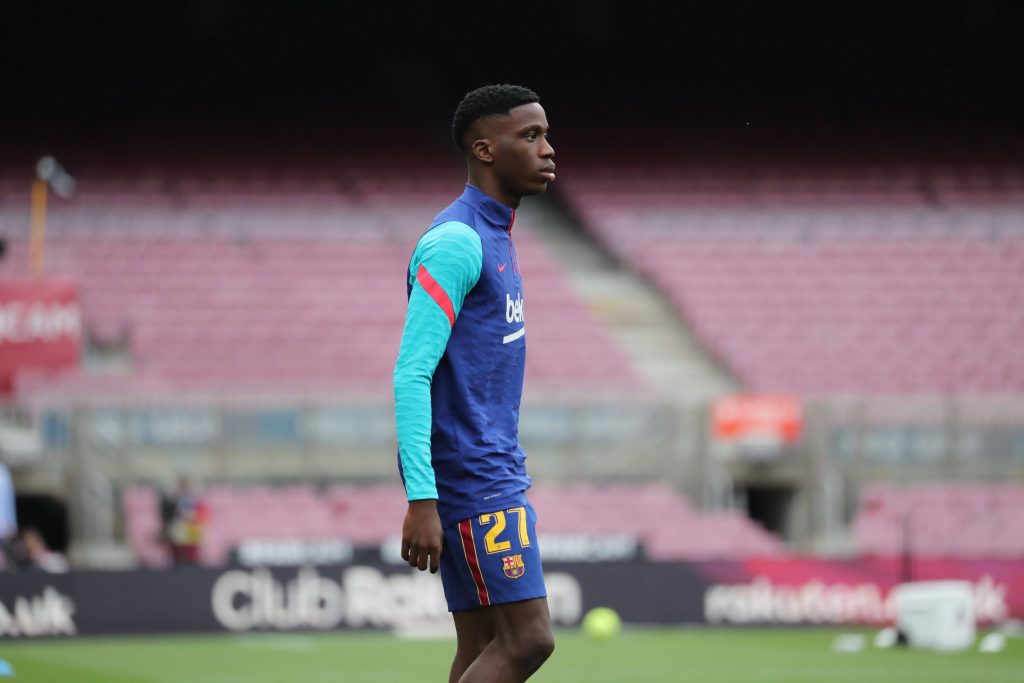 Ilaix Moriba is closing in on signing a new contract with Barcelona, reports Goal.

Moriba first came to Barcelona back in 2010 when he was just seven years old.

After nine years in La Masia, he eventually earned his way into Barcelona B, and it wasn’t long before he was making his debut in the first team.

After being handed his La Liga debut by Ronald Koeman back in February, the 18-year-old began to make a name for himself.

In his 14 league appearances, he scored one goal and registered two assists from central midfield.

With just one year remaining on his current contract, La Blaugrana have been working hard to tie him down to a new deal to avoid losing one of their most promising youngsters for free.

However, the talks have not progressed smoothly, and he was subsequently demoted back to Barcelona B and left out of their pre-season squads.

But now things look close to getting resolved, with Goal claiming that Barcelona are optimistic that he will sign a three-year contract.

For a player of his age, a three-year deal seems fairly short. However, at this moment in time, it may be the best thing that the club could hope for.

The news will come as a relief to manager Koeman, who is running thin on central midfielders. Miralem Pjanic, Philippe Coutinho, Riqui Puig and Sergi Roberto are all out of favour at Camp Nou and could be offloaded to raise funds.

This leaves the Dutchman with only Frenkie de Jong, Sergio Busquets, and Pedri available in the heart of midfield.

For a side hoping to win multiple trophies, this will not be enough.

And, given their financial situation, bringing in new recruits is looking tough, having already missed out on targets Georginio Wijnaldum and Saul Niguez.

Moriba will be hoping to get regular game time over the coming season, with the World Cup in Qatar just over a year away.

The teenager may feel that he could break into Luis Enrique’s squad with a good campaign, similar to how teammate Pedri managed to work his way into the starting XI over the last year.

Elsewhere at Camp Nou, winger Ousmane Dembele has also found himself in trouble over his contract situation.

With just a year left on his deal, he has reportedly been threatened with exclusion from the first team if he does not sign.