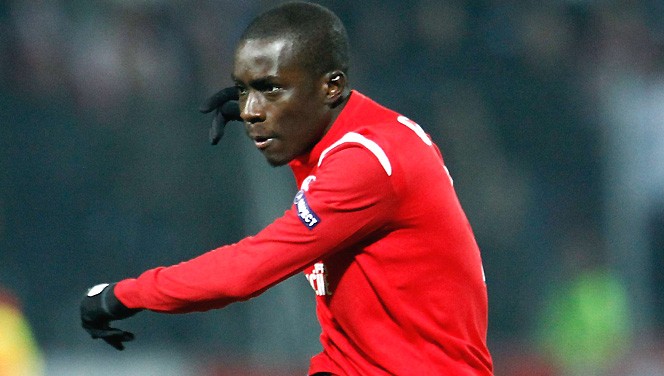 Lille midfielder Idrissa Gueye says he dreams of joining Manchester United, as he has always supported the club and adored them.

Lille’s Idrissa Gueye tells @Margot_Dumont: “Joining #MUFC would be a dream. I’ve always supported them. I adore them.” More in #Ligue1Show!

The Senegalese has made 24 appearances for Lille this season, scoring three goals and registered two assists to his name.

Gueye is not the first and certainly won’t be the last player on earth who dreams of playing for Manchester United, but his chances of making it to Old Trafford at the moment are slim.

Louis van Gaal has urged the need to sign a midfielder in the summer but Gueye certainly not the type of player profile United would be looking to sign at the moment.

Manchester United, who are currently sitting in fourth position, will face Liverpool on Sunday at Anfield, a game that could have a massive impact in the dog-fight race for the Champions League spot.