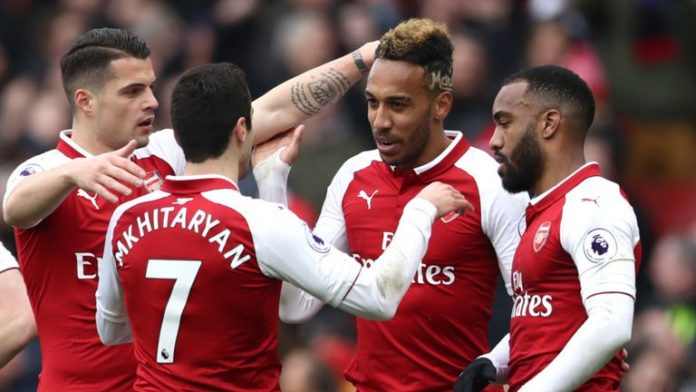 The hosts wrapped things up after 17 minutes following goals from Alexandre Lacazette and Henrikh Mkhitaryan, and despite the visitors’ attempts to mount a comeback in the second-half, Arsenal put in a topnotch defensive effort to keep a clean sheet.

Unai Emery’s side could have won with a wider margin had they converted most of the chances they had, but securing all the three points was the most important thing and their top-four chances have now been handed a massive boost.

Arsenal legend Ian Wright was impressed with the team’s performance even though he would have loved a 6-0 or 7-0 victory more, and he singled out Alex Iwobi and Sokratis Papastathopoulos for praises post-game.

“Iwobi started brilliantly today, again I was really pleased with that.”

Iwobi played a key role in the buildup to both of the Gunners’ goals, with two of his crosses into the visitors’ box eventually ending up as goals.

The Nigerian international was a thorn in the flesh of the Saints’ defence before his withdrawal in the 75th minute, creating several chances and mesmerizing with his tricks.

Sokratis kept Arsenal ticking at the other end, making some key blocks, clearances and interceptions and helping to neutralize the dangers of Nathan Redmond.

The 30-year-old has proved valuable to the Gunners’ defence since arriving from Borussia Dortmund over the summer transfer window, and he is set to play a key role as they look to challenge for the Europa League prize and a top-four finish.