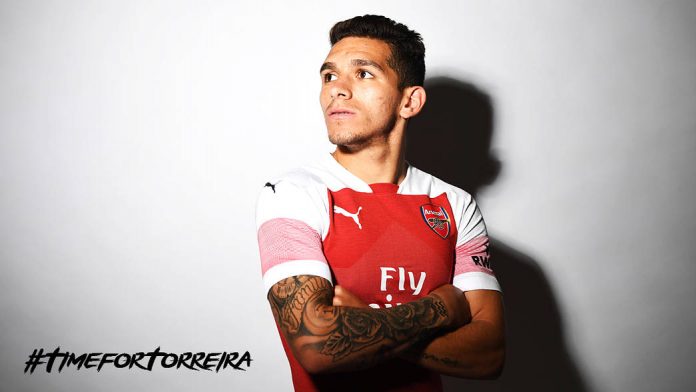 The Premier League defending champions secured a comfortable 2-0 victory over the Gunners at the Emirates during the reverse fixture back in August, and given that their title defence is very much on the line at the moment, they will be hoping to secure all three points again against the visitors.

Arsenal allowed Cardiff City register 19 shots against them during the week, and after leaking 33 league goals in 24 games thus far, they have a lot to worry about against a prolific City side.

Gunners legend Ian Wright has expressed worry over the waning influence of summer arrival and defensive midfielder Lucas Torreira, and Pep Guardiola’s side won’t hesitate to exploit any weakness they find in him.

“Again, the defence is a worry. So you’re hoping that people like Torreira, he’s kinda eased up. Something’s happened, things have kinda eased up for him a little bit but you’d have to expect that in and around the Christmas period,” Wright said on his official YouTube channel.

“Some of these players are experiencing (playing during) the Christmas period for the first time, that’s going to have some form of effect.

“His form has dipped off a little bit.”

City have scored 63 league goals – the most of all EPL sides thus far – and with Arsenal’s backline and defensive midfield not in the best of forms at the moment, it could prove catastrophic for manager Unai Emery.

Torreira almost immediately hit the ground running upon arriving the Emirates, slowly proving to be the perfect box-to-box midfielder and even scoring two goals and assisting two more in his opening 16 league games.

Fatigue appears to have since taken its toll on the Uruguayan, but he needs to shake it off and spring to life against Manchester City as his performance could make or mar Arsenal’s chances of finishing in top-four.