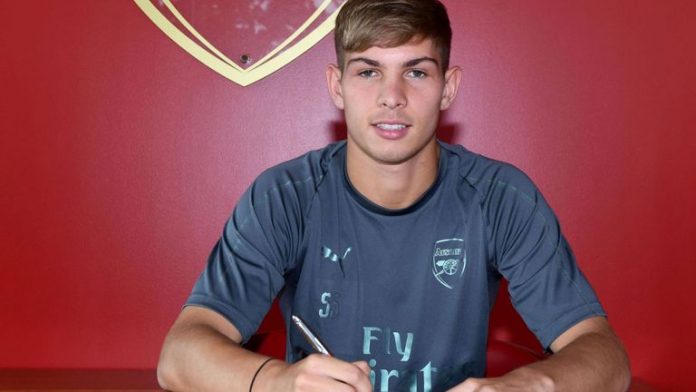 The north London side’s supporters on Twitter always keep asking the German side why the youngster isn’t featuring regularly, and the club’s Twitter handle found a way to make fun of them, claiming they would even demand for Rowe to play even if he is unavailable through injury.

Arsenal legend Ian Wright saw the humour in the tweet from Leipzig’s official handle, and here is how he reacted to it on Twitter.

Rowe joined Leipzig on the last day of the January transfer window on loan until the end of the 2018–19 season, but it was discovered that he was not fully recovered from a groin inury.

Manager Ralf Rangnick immediately revealed that the 18-year-old will not be fully training with the team in the next two to three weeks, and he is currently looking to return to full fitness in earnest.

The young midfielder is highly rated at Arsenal after progressing through the ranks at the club’s Hale End academy, and he has made name for himself by becoming the youngest goalscorer in a competitive match since Alex Oxlade-Chamberlain in 2011, and the first player born after 2000 to score for the London club after grabbing a goal in the 3-0 Europa League victory over Qarabag few months ago.