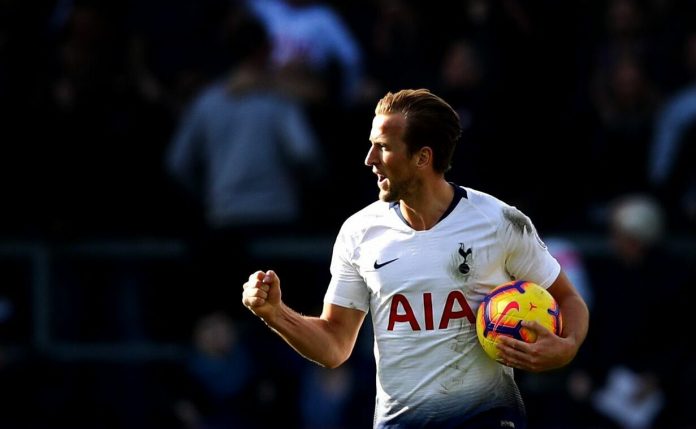 Tottenham Hotspur play host to city and bitter rivals Arsenal later today in the north London derby, and another feisty encounter is expected when the two lock horns at Wembley Stadium.

Spurs need to bounce back from back-to-back league losses to Burnley and Chelsea, and playing the Gunners presents them with a tricky test.

Tottenham hitman Harry Kane has been a sort of bogeyman for Arsenal, with eight goals in as many Premier League games against them, and stopping him will feature high on manager Unai Emery’s to-do list.

The English international has 15 league goals this term and will be looking forward to doing damage against the club that released him as a kid.

Arsenal legend Ian Wright, however, believes Greek centre-back Sokratis Papastathopoulos can help neutralize Kane’s threat if he can consistently put himself on the Spurs danger man.

“I feel that if Harry Kane…the way Sokratis is, he just likes rushing people, and Harry Kane will be up there for someone like Sokratis,” Wright said on his official YouTube channel.

“It’s harder for Sokratis when somebody is off of him and running onto him, but if you’re in and around his vicinity, you don’t see too many men beat him, if he can put himself on Harry Kane, that could be good for us.”

The summer arrival played a key role during the 4-2 win over Spurs in the reverse leg last December but did struggle when they lost 2-0 as both sides clashed in the League Cup 17 days later.

Sokratis will hope he can keep Kane quiet today, and doing that could go a long way in helping Arsenal to victory or a draw.