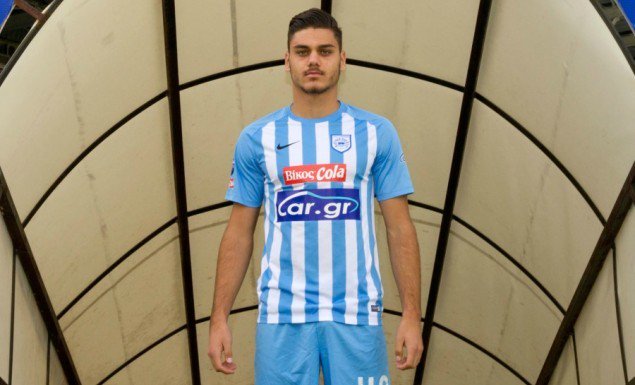 Injuries have frequently dealt a huge blow on the north London side in 2018-19, and it remains to be seen if the squad will be strengthened this month.

Arsenal have been without last winter signing Konstantinos Mavropanos since last October owing to a groin injury.

The 21-year-old defender has recently returned to action with the U23s’, and could soon start featuring for the senior side.

Mavropanos has only played thrice for the Gunners since arriving from Greek side PAS Giannina a year ago, but Arsenal legend Ian Wright reckons he is going to be a club legend going forward.

“What’s happening with (Sven) Mislintat,for me is frightening, simply because of the players he signed,” Wright said on his official YouTube channel.

“Mavropanos, I believe is going to be an Arsenal legend. Matteo Guendouzi, I think he’s going to be somebody that plays with the spirit and heart that we need”.

At 21, Mavropanos has huge potential and a great future ahead of him, and should he keep improving, he definitely can become an icon at Arsenal.

The Greek youth international displayed his talents and abilities again when he played 70 minutes for the academy, and with the first-team struggling to put together any centre-back pairing playing well consistently, his return will come as a huge boost to Emery.

Mavropanos could feature against Cardiff City, as the Chelsea game could come too early for him after he spent the last five months on the sidelines.

Nevertheless, whenever Emery decides to start playing him, the Greek will most likely put in impressive performances that will see him challenge for regular playing minutes, and it will be interesting to see if Wright’s prediction will eventually come to pass.