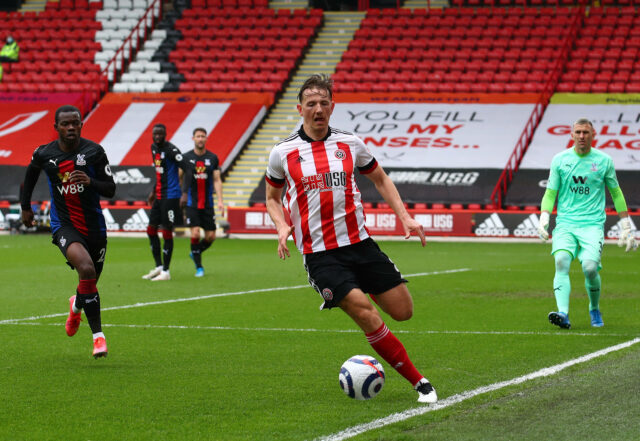 Arsenal are one of the many clubs that are showing keen interest in signing Sander Berge this summer.

Berge is likely to leave Sheffield United following their relegation to the Championship at the end of last season.

According to the Sheffield Star, the Gunners are leading the race to sign the Norway international, but the deal is far from done.

The Blades are demanding around £35 million for their star player, and they are refusing to lower their asking price.

The Yorkshire club have informed the Gunners that they may compromise on a deal.

SL View – a boost for Liverpool?

Eurosport claimed during March that Liverpool are heavily interested in signing Berge this summer.

Jurgen Klopp is a big fan of the player and could bring him to Anfield following Gini Wijnaldum’s departure.

If Liverpool can structure a deal that requires paying the fee over the course of a long-term contract, it will suit them.

Berge only played 15 league games in the recent campaign due to injury, but there’s no doubt over his vast potential.

He is an all-action packed powerful midfielder who would add great quality in the middle of the park.