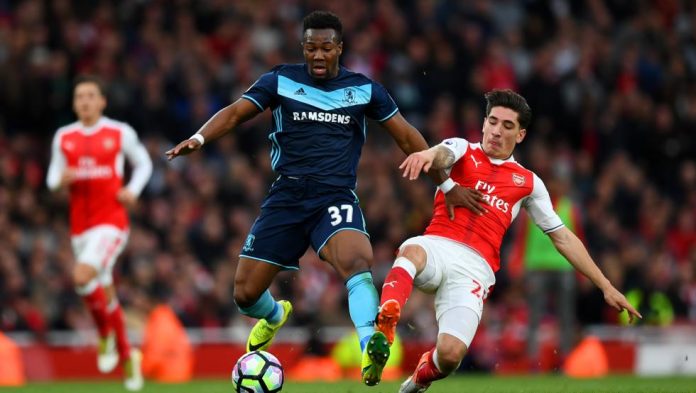 Arsenal right-back Hector Bellerin has been ruled out of the season after rupturing the anterior cruciate ligament of his left knee.

The Spaniard, who has since gone under the knife sustained the knock during last month’s 2-0 league victory over Chelsea, and he’s expected to spend six to nine months recuperating and attaining full recovery.

So far so good. It's starting to look like a knee again ? pic.twitter.com/S0sN0d8mFN

The 23-year-old was an important part of manager Unai Emery’s plans this term, featuring in 19 league games before injury struck, and his absence is a huge blow to Arsenal’s campaign.

It was thought that Bellerin’s injury blow would force Arsenal to look for a right-back cover in the January transfer market, but the club resolved not to and they will rely on summer arrival Stephan Lichtsteiner and the versatile Ainsley Maitland-Niles for the rest of the season.

The Spain international registered five league assists prior to the injury, and the fact that only Aaron Ramsey (six) has more speaks volume of how important he was to the team’s attack.

Bellerin has been a vital member of the Arsenal first-team since his breakout season in 2014-15, and the club and fans will hope he can come back stronger from this setback and help play a huge role come 2019-2020 and going forward.