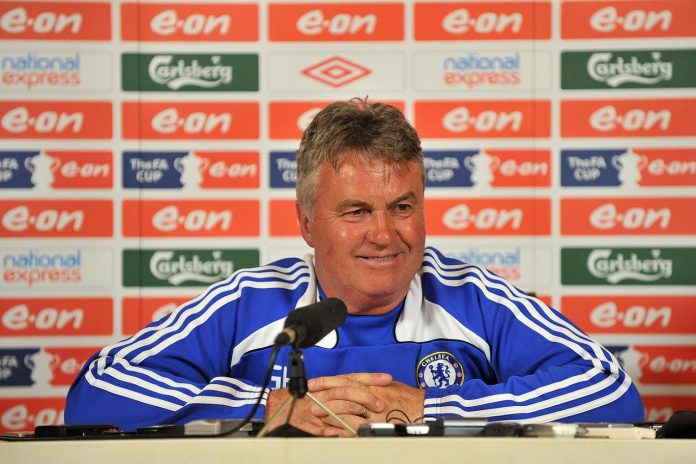 The 21-year-old Dutch winger made a big money summer move to Manchester United from PSV Eindhoven, but has yet to make a strong impact for the Red Devils.

Depay had a terrible game against Stoke City on Boxing Day, where he gave away the first goal with a poor header back to the keeper.

Ahead of Manchester United’s Premier League clash with Chelsea, Hiddink, who recently managed Depay with the Dutch national team, suggested that the winger needs support from United’s senior players to improve.

Hiddink spoke to reporters ahead of the match:

He has this talent but he’s also now having a confrontation with the demands of the Premier League, which are much higher in intensity of the game during 90 minutes. That’s a period all players, not just him, have to overcome, and I think they need time for that.

Those guys, they need a bit the cover of experienced players.

Depay has scored only twice in 14 Premier League games this season. He has shown flashes of brilliance but has struggled for consistency.

To be fair, Depay is not getting enough support from other experienced players in the side, as suggested by Hiddink.

A combination of injuries and loss of form to several key attacking players has forced Louis van Gaal to be over-reliant on the attacking trio of Depay, Lingard and Martial. They all are extremely talented but one cannot expect these young players to win matches for United on a regular basis.

Depay was subbed at half-time by Van Gaal against Stoke City, after his poor header had led to the opening goal in 2-0 defeat to Stoke City at the Britania. His confidence is low at this moment, and Van Gaal may opt to drop him from the starting lineup against Chelsea on Monday night.