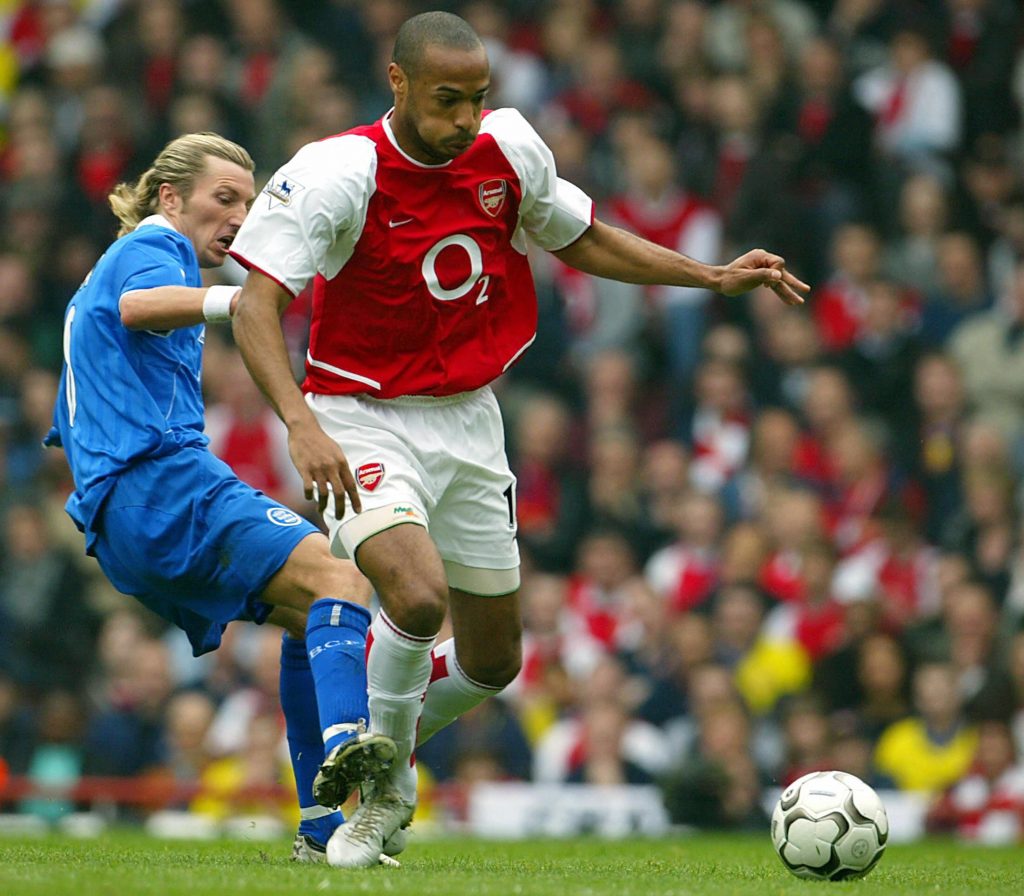 Arsenal legend Thierry Henry has agreed to auction the jersey he wore while scoring his 100th goal for the Gunners in order to help 250 NHS charities.

The jersey had been with Robbie Savage all along and when the former Birmingham midfielder revealed he was willing to return it, the former Gunners striker and his representatives decided it was best they auctioned it.

Speaking to @ThierryHenry reps this week, we have agreed to Auction his 100th @Arsenal Goal Shirt! Money raised will go to NHS Charities Together – which works with 250 NHS charities & are currently running the @NHSuk Charities Covid-19 Urgent Appeal! 👇🏻https://t.co/AF32atcJqM

Thierry and Savage swapped shirts after the game in 2003 at St Andrew’s, with the Frenchman not realising at the time that he had reached the century milestone of goals.

He sent the Arsenal kit man to retrieve it in the Birmingham dressing room afterwards, but Savage hid it and snuck away in a bid to hold on to such treasured piece.

He offered to return the shirt last week, but the Montreal Impact boss has decided it is best auctioned so as to help the NHS.

Workers of the National Health Service are currently at the forefront in the battle against the coronavirus pandemic, and donations will definitely go a long way in helping them.

Premier League football is currently postponed indefinitely as a result of the global pandemic, with action set to resume only when it is fit to do so.