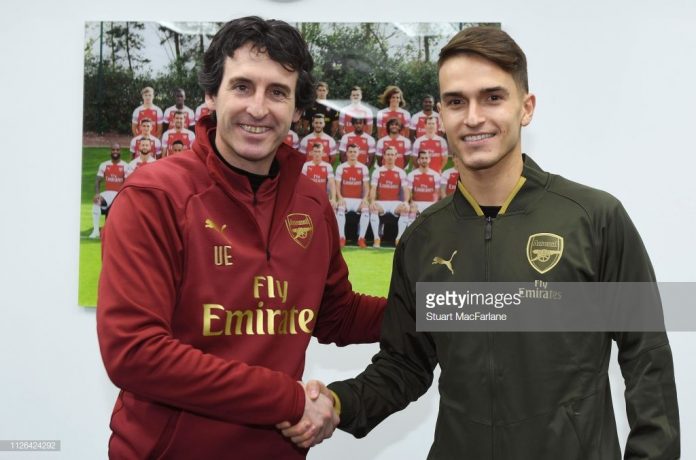 The move for the 25-year-old threatened to break down at a point as the La Liga giants insisted on including a clause to buy in the contract, but the Gunners refused, and they now have the option to choose not to sign the midfielder permanently if he doesn’t impress.

Manager Unai Emery and Suarez once worked together at Sevilla, winning a Europa League, and the Spaniards will hope their reunion yields something again at Arsenal.

Spanish football expert Guillem Balague reckons that the Spain international midfielder offers a breath of fresh air at the club, especially with the midfield duo of Mesut Ozil and Aaron Ramsey past their prime.

“In Mesut Ozil and Aaron Ramsey you have the perfect number 10 but you only need one and not both. Ramsey is a really brilliant player but has tailed off, and Ozil has done the same,” the Spanish football journalist said on BBC Radio 5 live.

“With Denis Suarez you have the promise of someone who has the ability to work with the ball and is good in the counter-attack and wide areas, on the left and then coming inside. He can also play as a striker and he is quality.

“But what is his ability without the ball? We have to see if he can adapt without the ball at Arsenal. There are questions on his mental ability, but no doubt he is a talented player.”

Suarez is without a doubt a player full of potential, and he has another chance to finally fulfil it at another big club.

The former Manchester City midfielder has had spells at Barcelona B, Sevilla and Villarreal, but only showed huge promises and glimpses of what he’s capable of.

Under Emery, though, Suarez might finally live up to the expectations and it will be interesting to see how he fares between now and May.